Kickstart your hyperlocal marketplace in Corona pandemic with a starter guide

Start a Project
The world’s top brands trust us

What is Shopify Headless eCommerce?

Shopify is by far the most popular ecommerce platform in the world. Shopify templating is also good and customisable but still tightly coupled with liquid files.

Now merchants can integrate multiple services on Hydrogen. Example- Shopify for eCommerce and Akeneo or Pimcore for PIM needs. It is that flexible and easy.

Hydrogen is a significant addition to a reactant javascript ecosystem that address load time issues and helps in creating amazing eCommerce online stores.

Due to the faster GraphQL API response and React server-side rendering and caching, Shopify Hydrogen is extremely fast.

Merchants have Powerful GraphQL API now to build and customize the complete front end as per their requirements. 3rd party frontend integration works like a charm.

Due to React inbuilt tools like SSR ( Server Side Rendering ) and service worker building the PWA app is super easy.

Not limited to only GraphQL and React Hydrogen is also packed with Tailwind CSS, Vite and TypeScript.

How can Webkul help in Building Hydrogen Based Storefronts?

Webkul is a very well known vendor in the Shopify development community and an official Shopify Plus partner as well. Our Multi-Vendor Marketplace, Auction, Booking and Mobile Apps are top-notch solutions in the Shopify Apps Store.

We are the very first companies to adopt the PWA tech as well.

We offer template and theme development for Shopify stores based on React and Tailwind. Any kind of frontend either it’s a hyperlocal marketplace or a booking website. We offer end-to-end Shopify headless theme development.

Progressive web apps are very useful and popular for every business. Because of the native support of service workers, offline-first experience gives a smooth experience to the buyers.

Start a Project
They try very hard to offer the best support and help to make progress in all tasks and issues. Polite and efficient too. 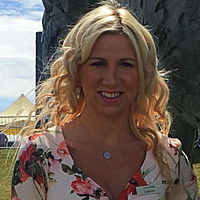 If you have more details or questions, you can reply to the received confirmation email.