Selecting Shipping according to the seller in the marketplace is an essential feature. This will benefit the buyers and sellers in a whole lot of different ways. Marketplace Multishipping For Magento2 extension will assist the sellers to allow different Shipping methods for their products. The buyers will be able to select from the different shipping services from different sellers in the same order.

Moreover, to use Marketplace Multishipping For Magento 2 extension you must have installed the Magento2 Marketplace and one of our below-listed shipping methods by Magento 2 Marketplace.

Features Of Marketplace Multishipping For Magento 2

Installation Of Marketplace Multishipping For Magento 2

Customers will get a zip folder and they have to extract the contents of this zip folder on their system. The extracted folder has an src folder, inside the src folder you have the app folder. You need to transfer this app folder into the Magento2 root directory on the server as shown below.

After the successful installation, you have to run these commands in the Magento2 root directory:

After running the commands, you have to flush the cache from Magento admin panel by navigating through->System->Cache management as shown below.

For the multilingual support, admin will navigate through Store->Configuration->General ->Locale Options and select the locale as German (the language into which admin want to translate his store content). 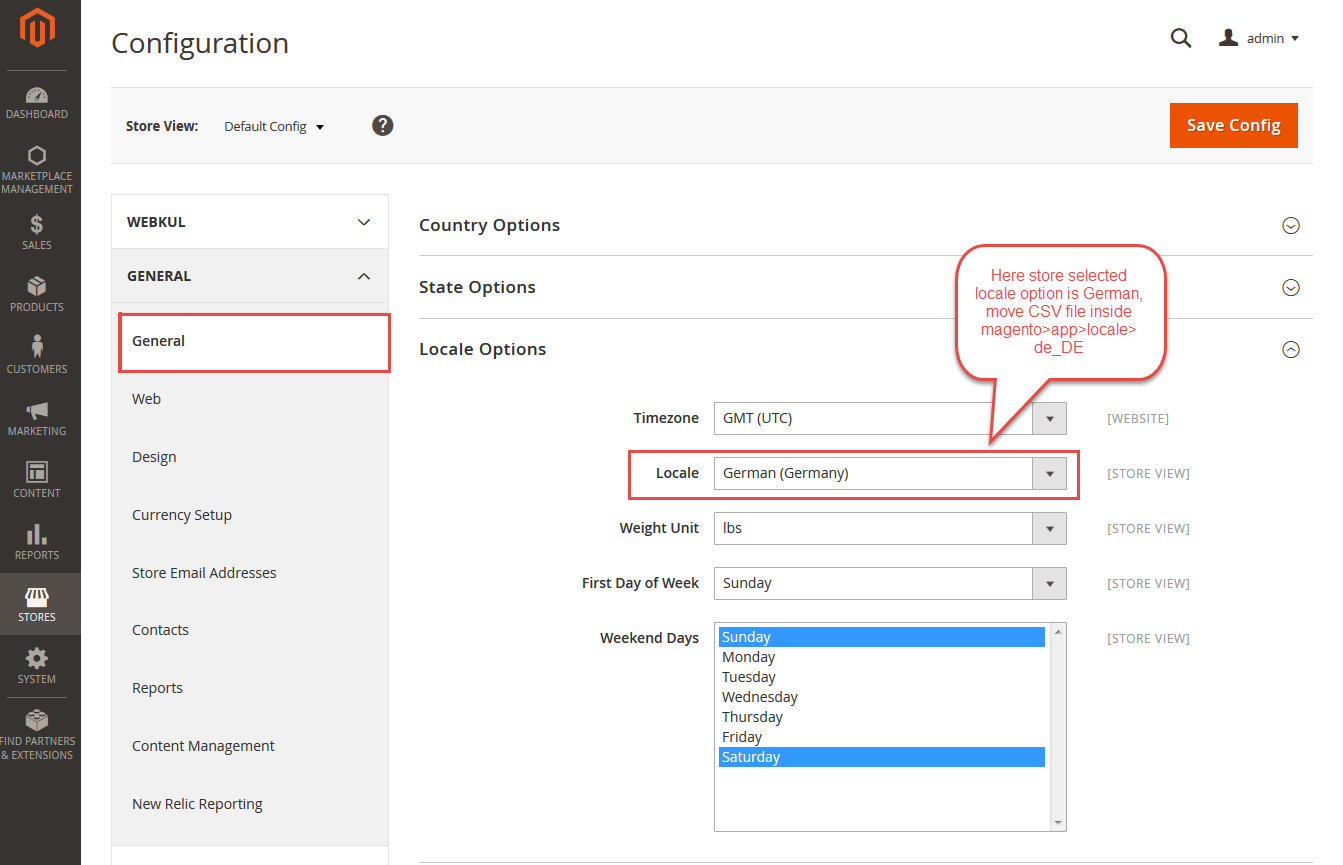 If a user wants to translate their module from English to German then they need to follow the path app/code/Webkul/MpMultiShipping/i18n in their unzipped folder and will get a CSV file with name “en_US.csv”.

Further, they will rename that CSV as “de_DE.csv” and translate all right side content after the comma in the German language. After editing the CSV, save it and then upload it to the path app/code/Webkul/MpMultiShipping/i18n where they have installed Magento2 on the server.

After that, the module will get translated into the German Language. It supports both RTL and LTR languages.

Meanwhile, the user can edit the CSV like the image below.

After the successful installation of the module, you will see Webkul Marketplace Multi Shipping method under Stores > Configuration > Sales  > Shipping Methods, here you can enable and set the title, method title for the module.

How To Use Marketplace Multishipping For Magento2

After the successful installation of the module, you will see a menu item Manage Multi-Shipping under Seller panel.

Further, when you will click on the Manage Multi Shipping tab, you will have to choose your shipping method as shown in the screenshot below.

After that, the seller can enter his origin address under the Shipping Setting option in order to calculate the shipping charges as per the distance from the destination.

Note:- If you had already added shipping details under shipping settings in any of the shipping modules then there is no need to add it again here. 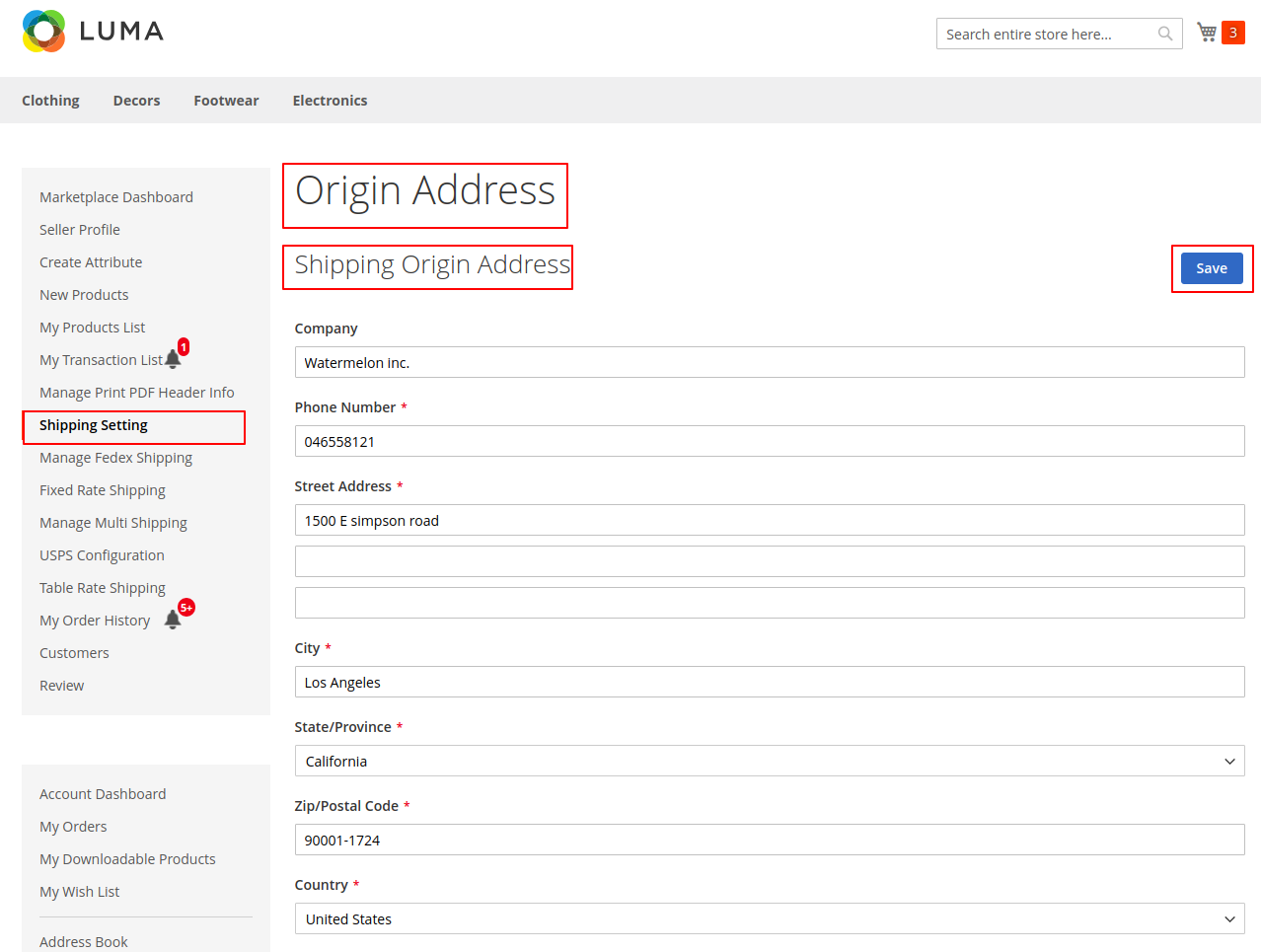 After that, the buyers can select the shipping service according to the sellers. 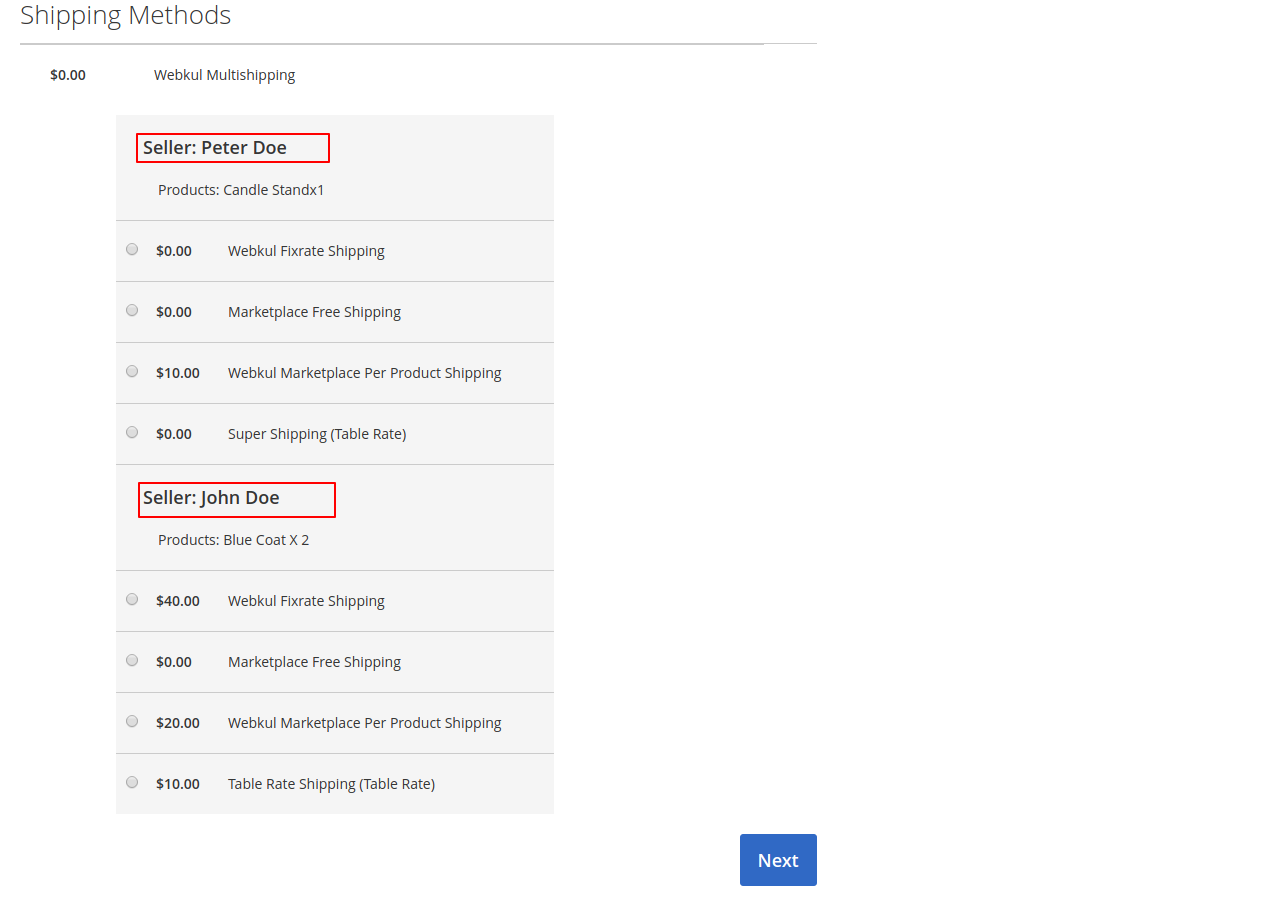 Further, the buyer can see the Marketplace Multishipping method under the Order Review page as shown below. 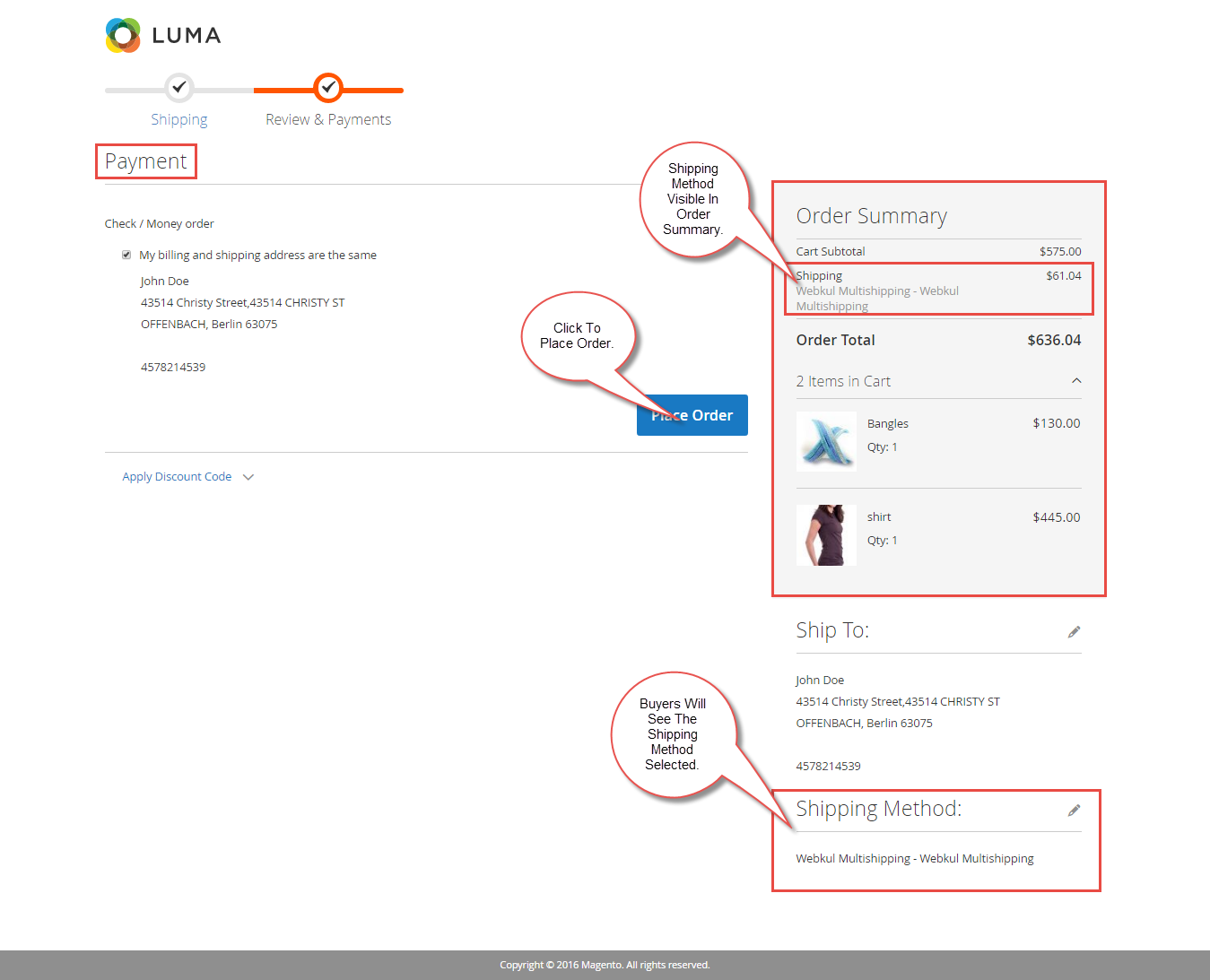 Moreover, that is all for the Marketplace Multishipping For Magento 2, still have any issue feel free to add a ticket and let us know your views to make the module better at webkul.uvdesk.com 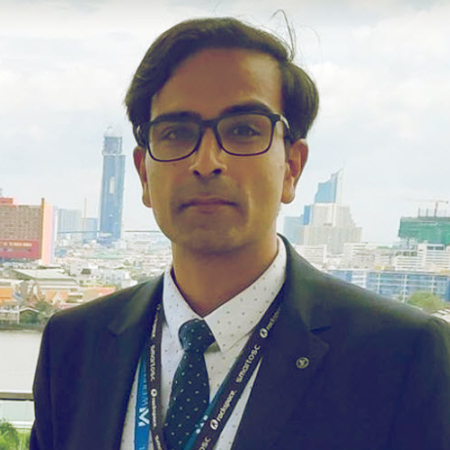 A Complete Guide to Magento 2 Marketplace...