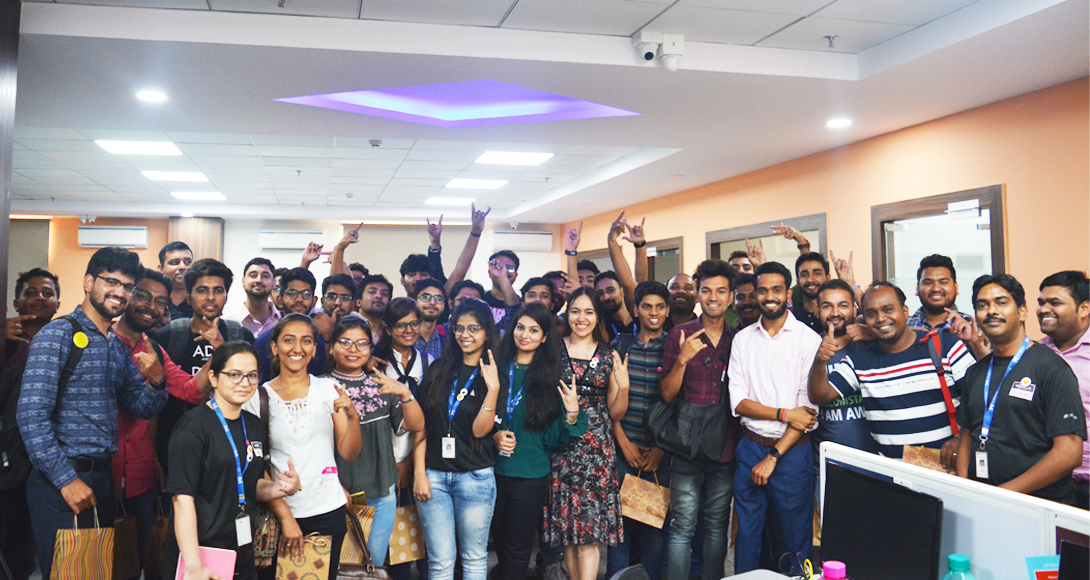 As we all know the summer solstice is upon us on Friday, June 21 is the longest day of 2019, and the start of the summer season that’s why we named our event Dribbble Summer Design Meet 2019.

One of the amazing feeling when we oraganizing MeetUps that it was always massive response from our beloved Design Community.✌️

And also this time we’ve seen many people from different fields: UI/UX, Illustration, Calligraphy, Motion Design, as well as developers too.

We have set of conferences, fun events, and meanwhile we got some pizzas and drinks and yes we also invited some guest speakers as well.

We are proud to announce that we backed our event from our folks, Dribbble, Invision Studio, Sketch App, Marvel, Balsamiq, Stickermule, Overflow, Proto.io, Webkul, Bagisto, who sent us stickers, and other cool swag kits.

Also, Sketch people sent three licenses of software and same with Proto.io and Balsamiq they sent us extended trial of software, which we gave away to the winner in our icebreaking fun activities.✌️

This time we did something different for designers, we organized a couple of design contest for free entry and many attendees participated in these contests and won a free entry pass.

And the winners for Summer Design Meet Challenges are:😎

Our host of the event “Ayushi Aswal”, she managed the things in very well planned manner, kudos to Ayushi. 👏

We have started our event with our very first talk by “Kunj Bihari” UI/UX Designer at Webkul HQ, shared his thoughts on “How we Stay Productive with Sketch Plugins”

Our main motive was to engage people and create a space where they could share ideas, thoughts and exchange their experiences and Kunj’s talk was really productive, knowledgeable and even attendees fought with each other on their favourite tools pros and cons. This enthusiasm of attendees showed that they enjoyed it fully. 😬

Our next speaker was “Vardan Goel” UI/UX Designer at Webkul HQ, he shared his productive thoughts on “Visual Feedbacks in Interaction Design”

A very interesting thing about Mr. Vardan that he was initially a software engineer but he used to play Counter Strike, and it was this game that got him interested in graphics and then he started his career as UI/UX Designer.

Attendees got so inspired with his talk and his past career that how he switched into designing, and we also wanted the same insipiration and enthusiasm in the crowd.

So, our next speaker was one of our guest speaker “Vani J.” UX/ Product Designer, she is a masters from NIFT and is further pursuing masters in UX design from Rochester Institute of Technology, New York, she also worked with big brands like Snapdeal, Myntra etc.

She shared her thoughts on “How User Research Helps users & Business”

And it was really a worthwhile talk by her, and she got lots of exposure from the attendees.🤠

Now, its time to some fun activities, our first activity by “Shaily Goel” Graphic Designer at Webkul HQ.

Activity was “Guess the Icon”, In this activity one person come and pick the slip and whatever the icon name written in the slip that person had to draw the same and rest team members guess the icon name, isn’t it interesting? 😀

Yes very interesting attendees itself showed that how much they enjoyed the fun design activities.

And then winner team were getting lots of goodies, swag kits and software licenses too 😎.

Players loved the goodies. A big thanks to our great sponsors. 🙏

After that everyone was seemed to be hungry 😋, So yes we’ve arranged a pizza ceremony 🍕, where attendees were talking and getting know each other over pizza with drinks.

Again we started with our another guest speaker “Abhinav Agrawal” UX/Product Designer, he is an Engineer evolved into a designer with over 4 years of experience. He is specialized as a User Experience designer.

He shared his thoughts on “How to be more Productive and achieve every goal as a Designer”. It was relatable talk by him and attendees were very curious to know more about his thoughts.

He also told about his diary writing practice, and how it helps in productivity. ✍

Throughout the event attendees were enjoying and showing zealousness in the events.

So, we’ve planned another activity by “Tarun Kaushik” Motion Designer at Webkul HQ.

Activity named “Relay Draw”, this activity as same as Relay Race, where one person come and draw anything on iPad using software Sketchbook and then next person from his team come and continue that Illustration/Drawing.

And the best Illustration got awarded with another goodies bag. 🛍

After getting lots of goodies attendees loved to listen more about new things trending in the market, that enthusiasm of the attendees filled us with lots of motivation.

Last but not the least our speaker “Nitish Khagwal” UI/UX Product Designer at Webkul HQ, with 7+ years of design background. He has worked of hundreds of products which includes UVdesk Helpdesk app and end user Mobile App for Mobikul Mobile App Builder.

He shared his valuable thoughts on a very interesting topic “Designing Prototypes for Virtual Reality (VR)”.

We also provided VR boxes to the attendees at the same time of talk to feel them the Virtual Reality, and also we gave some boxes to attendees as a goodies.

Attendees really enjoyed the event a lot, and yes we talked about the new trends and upcoming technologies, VR technology, UI/UX, Product Designing, User Research, the relation between designers and clients, and some funny meme facts about designing and developing.🤠

And at the end we provided some space for networking. 🖥 🤝

Now its time to say goodbye with return gift bag full of goodies 🎁🛍, and yes we captured all these beautiful never ending memories in a single frame. In this “Tarun” did a great job, Kudos to Tarun. 👏

It was tremendous MeetUp and we are already in a planning an even bigger one now for the winter, where we will be inviting speakers for sure and seeking out sponsors.

Thanks to everyone who attended! It would not be possible without the help of our sponsors, our speakers, and of course, the attendees.