Skeuomorphism was first innovated and practised by Apple. Skeuomorphism meant to a user interface which will resemble real world so that people can get familiar to smart phones from Bar Phones. Skeuomorphism pursued design aesthetics with very high end quality and eye soothing graphics. 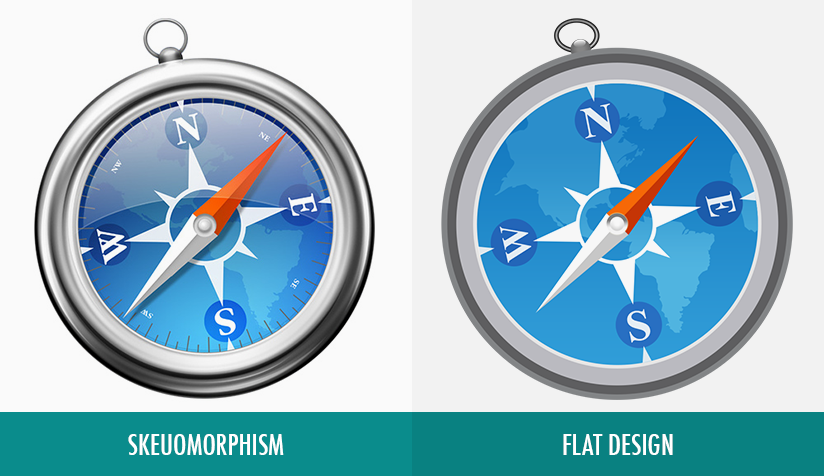 The image above shows how the flat design differs from Skeuomorphism. The modern web have adapted flat design and major factor behind adapting the Metro Design Language was it’s efficiency and performance as it was quite difficult to meet the modern terminologies like Responsive cross device support and performance. Apart from this Flat design covered all the aspects of –

Apart from design aesthetics Flat Design enhanced the ease of use for users along with modern appearance with very quick and fast load times. Flat Design is based on modern colors and flat aesthetics so most of the drawable elements are covered by beautiful shapes and Iconic Fonts which not only speeds up the content but also makes it very easy to be viewed from different portable devices without losing any details.

There is no question about the Skeuomorphism is in trend or not?; But UI/UX Designers are believing that Flat Design will stay for a long. But will it? or Google’s Material Design (Flat 2.0) will lead the part? Give me a response below.