India Dreamin is a community-led, community-run event for professionals around Salesforce. It was a 2-day event organised at GL Bajaj Institute of Engineering & Technology, Knowledge Park III, Greater Noida on Dec 01 and Dec 02. Nothing could have been a better venue for this event as it attracted a large crowd of youth and professionals at one place and especially Students came to know what Salesforce is all about and how Salesforce can transform their life.

India Dreamin added another chapter in the glorious history of Webkul. It was not just an event, it was a memory that would last forever. If we talk about the Salesforce Team of Webkul, it has been a dream run so far in Saleforce and this event would certainly make a difference as far as our recognition in Salesforce Partner Community is concerned.

We were excited about the event right from the day, we got ourselves registered for this event and started off quite early in the morning around 7 AM as we had to reach the venue by 8 AM. 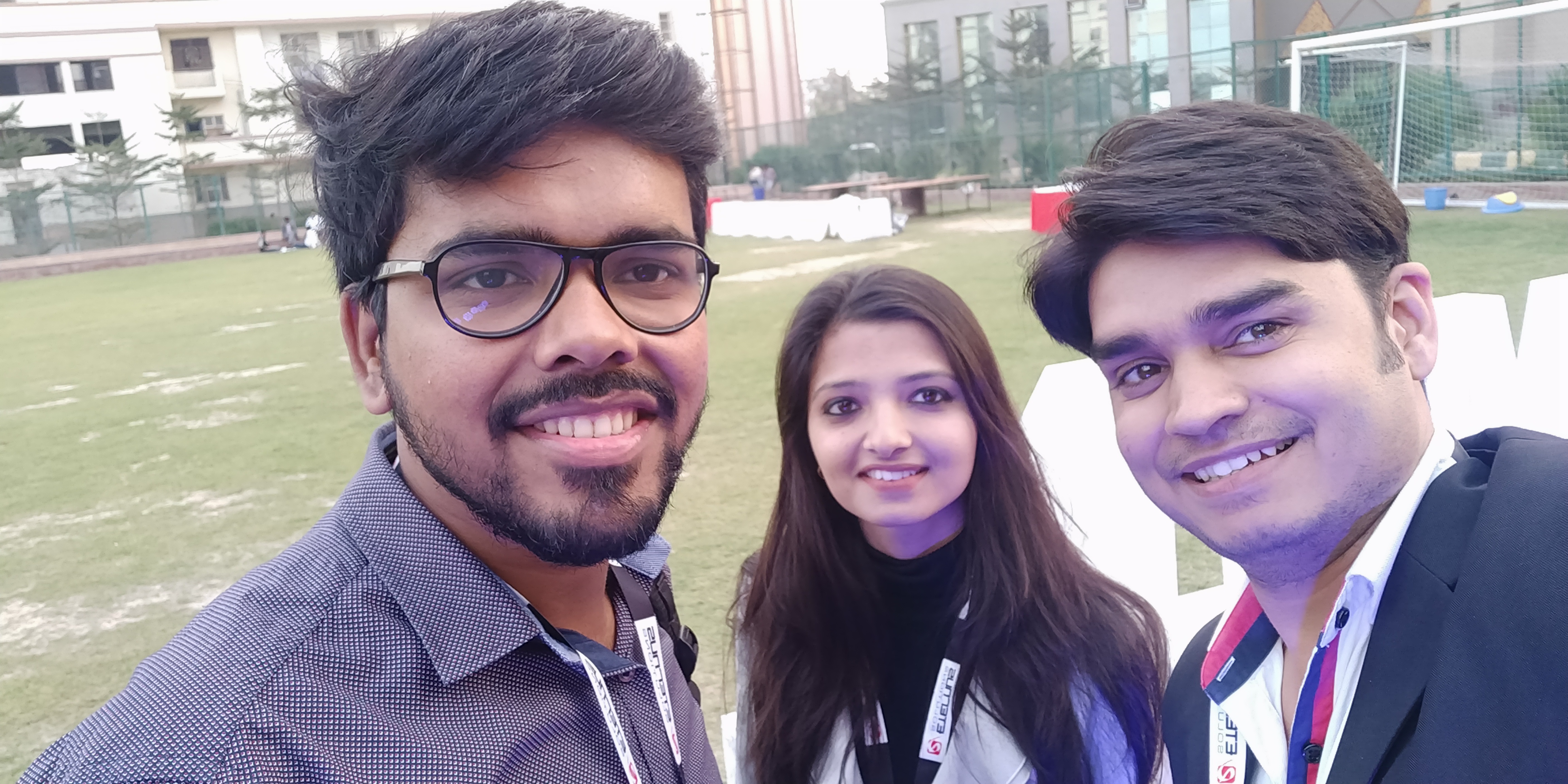 We reached the venue by 8 AM as per the schedule and headed towards registration counter. We were warm-heartedly welcomed by the hosts and then we moved towards the auditorium where the welcome ceremony was about to take place from 9 AM onwards.

The welcome ceremony started with a Ganesh Vandana which depicted the symbol of Indian culture and it was overwhelming to see the Salesforce professionals outside India watching the Indian culture with such a keen interest. 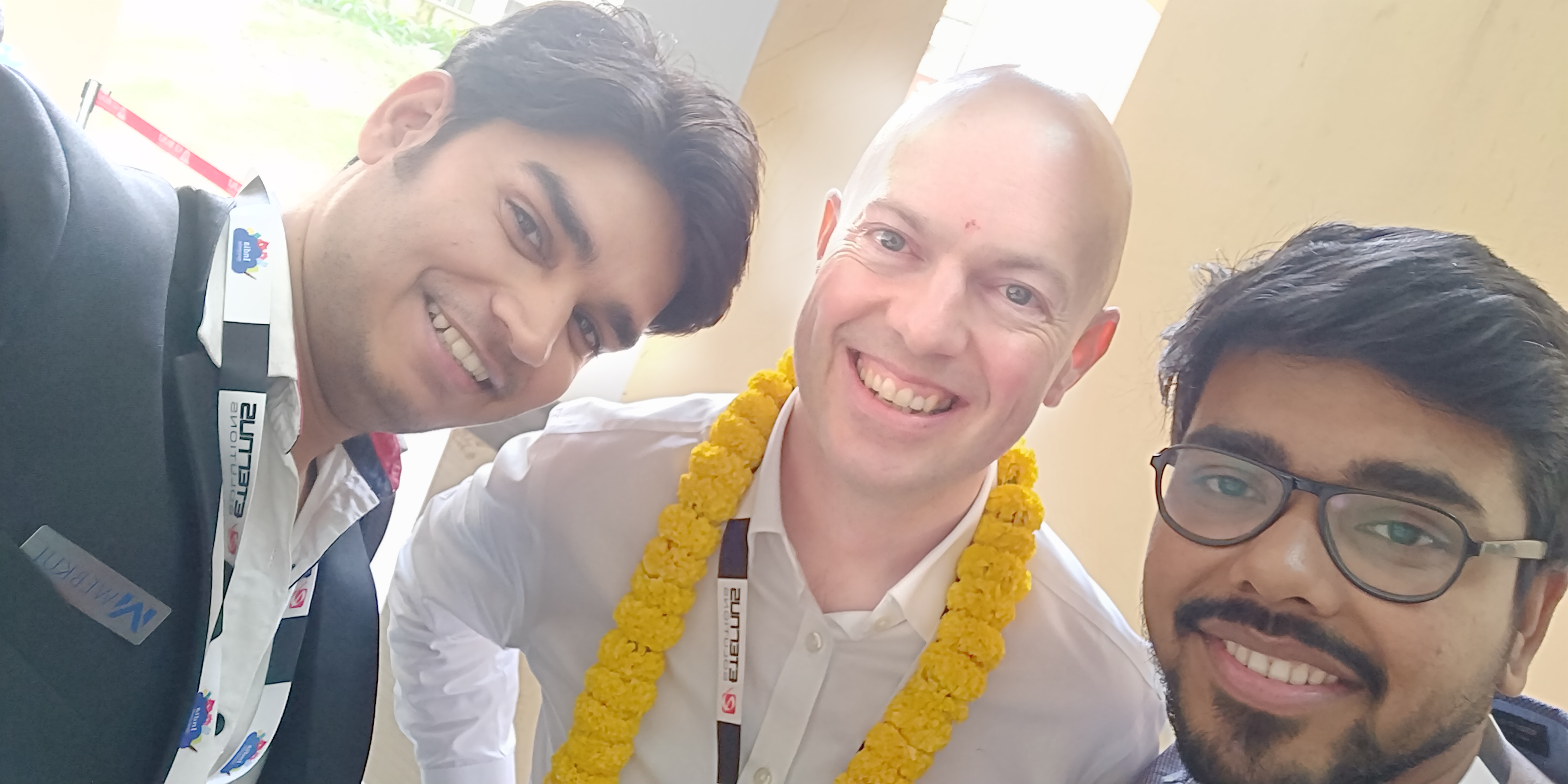 It was followed by Opening Keynote by Amanda Bauman (Senior Manager, Student and Trailblazer Community) which was all about preparing Students for careers in the Salesforce Economy followed by a brief BAM session. 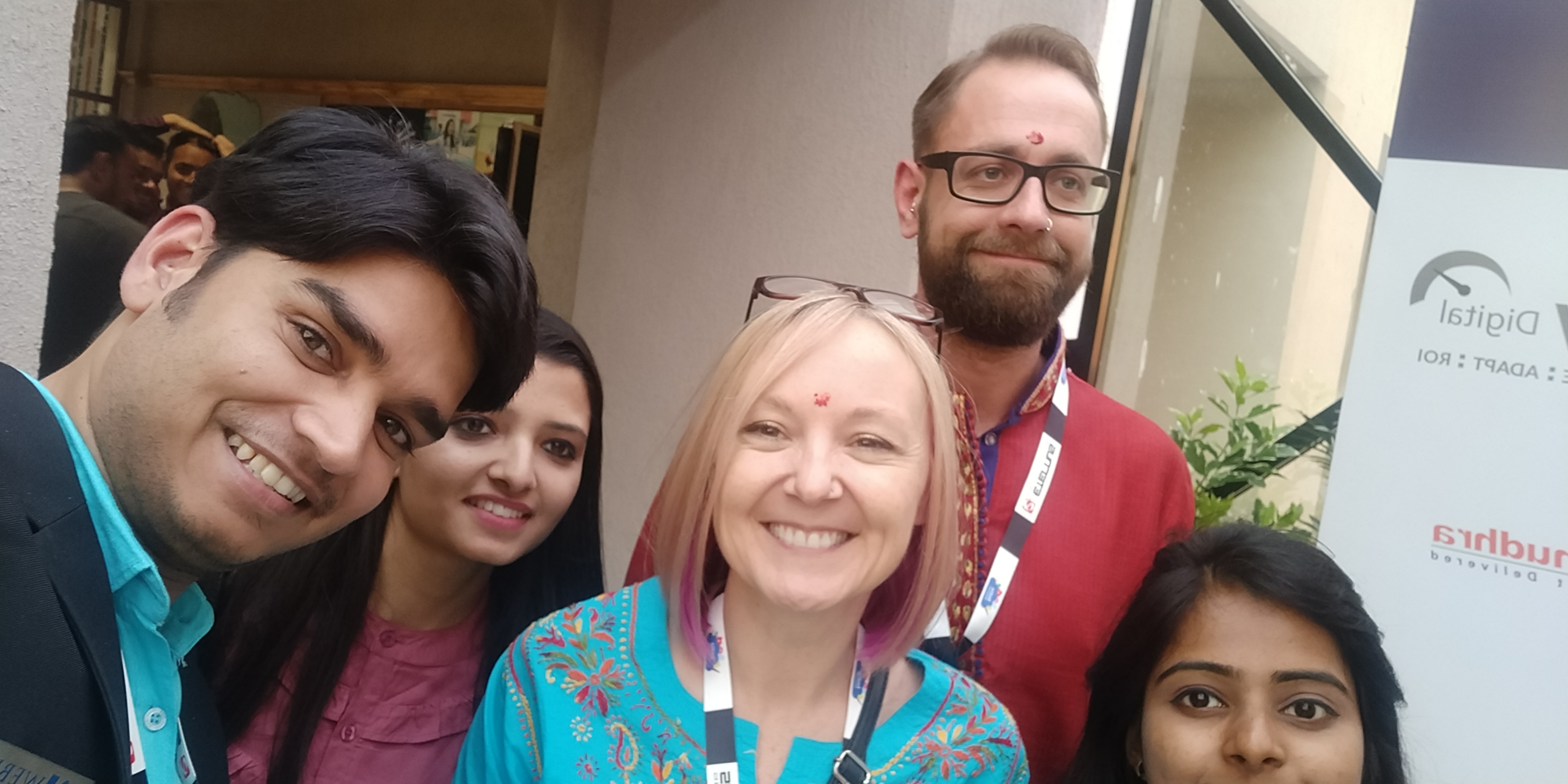 We presented Webkul goodies to almost all the Salesforce MVPs and Professional whom we met and they were delighted to see these swags and posted a selfie with us. 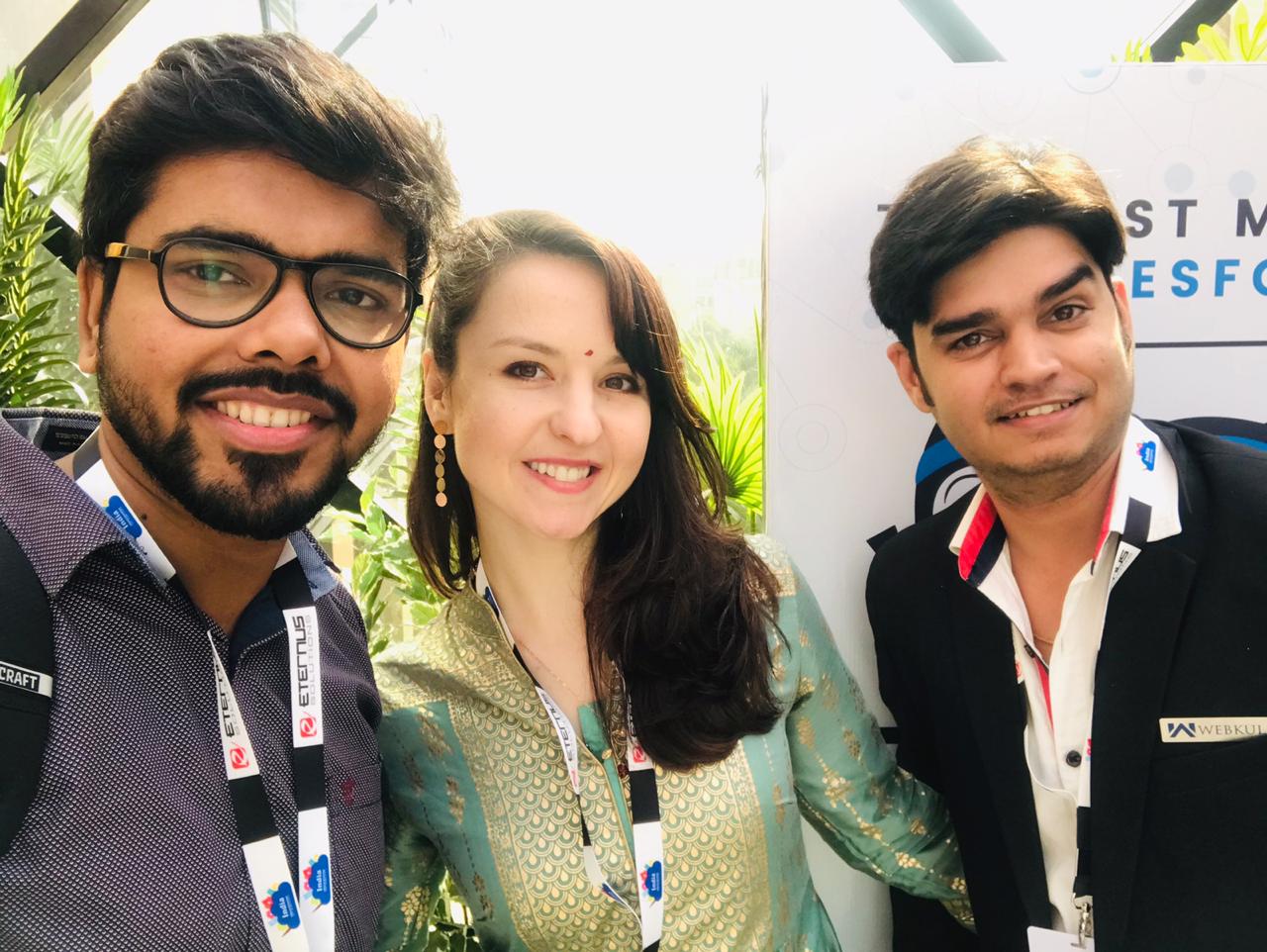 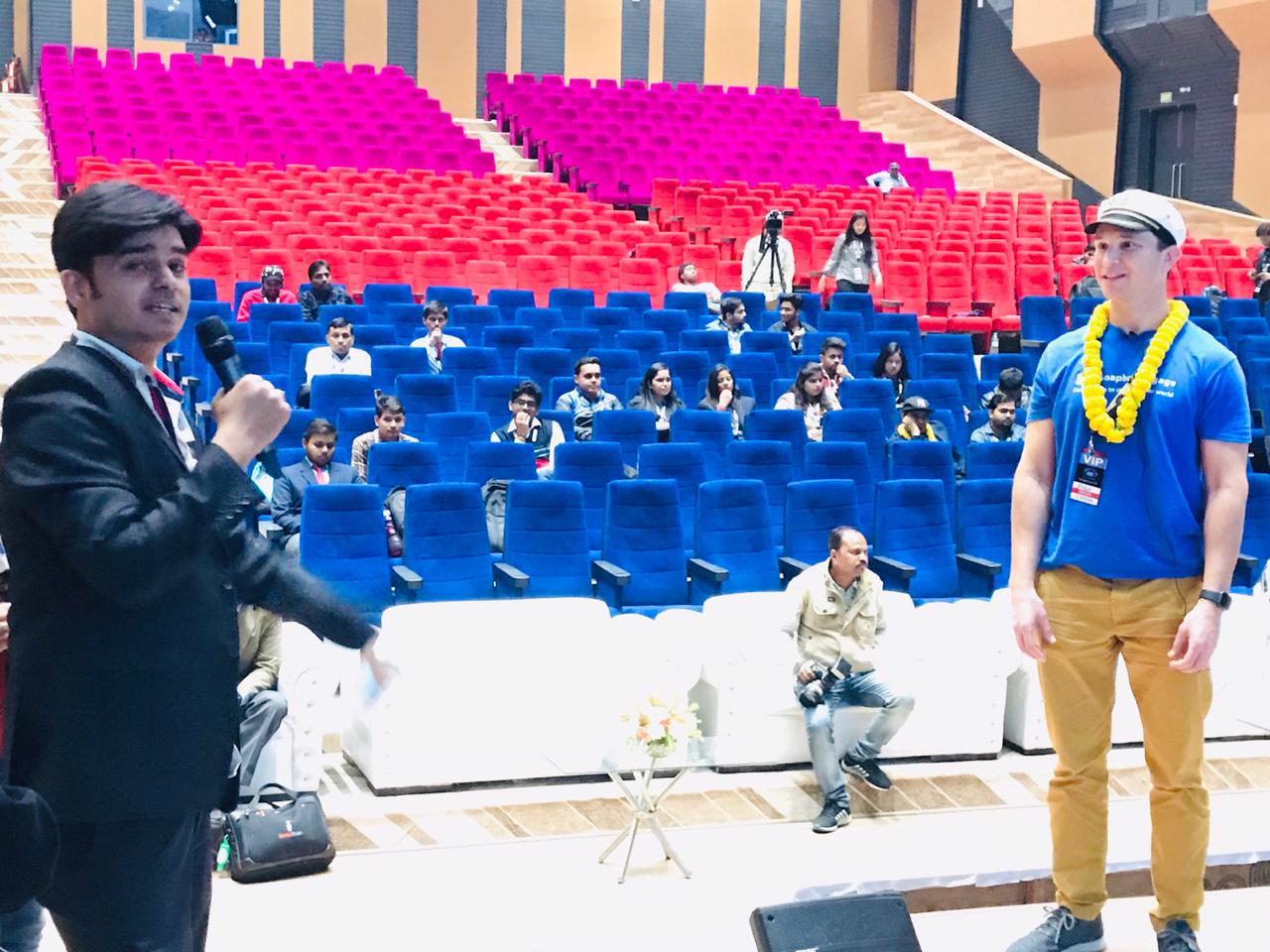 We also attended the session conducted by our Salesforce Account manager Sudeep Reddy which was all about how to transform your idea into an AppExchange App. Being our manager and delighted by the success of our Application eShopSync for Shopify he gifted us the cute and Salesforce Appy which made our day. 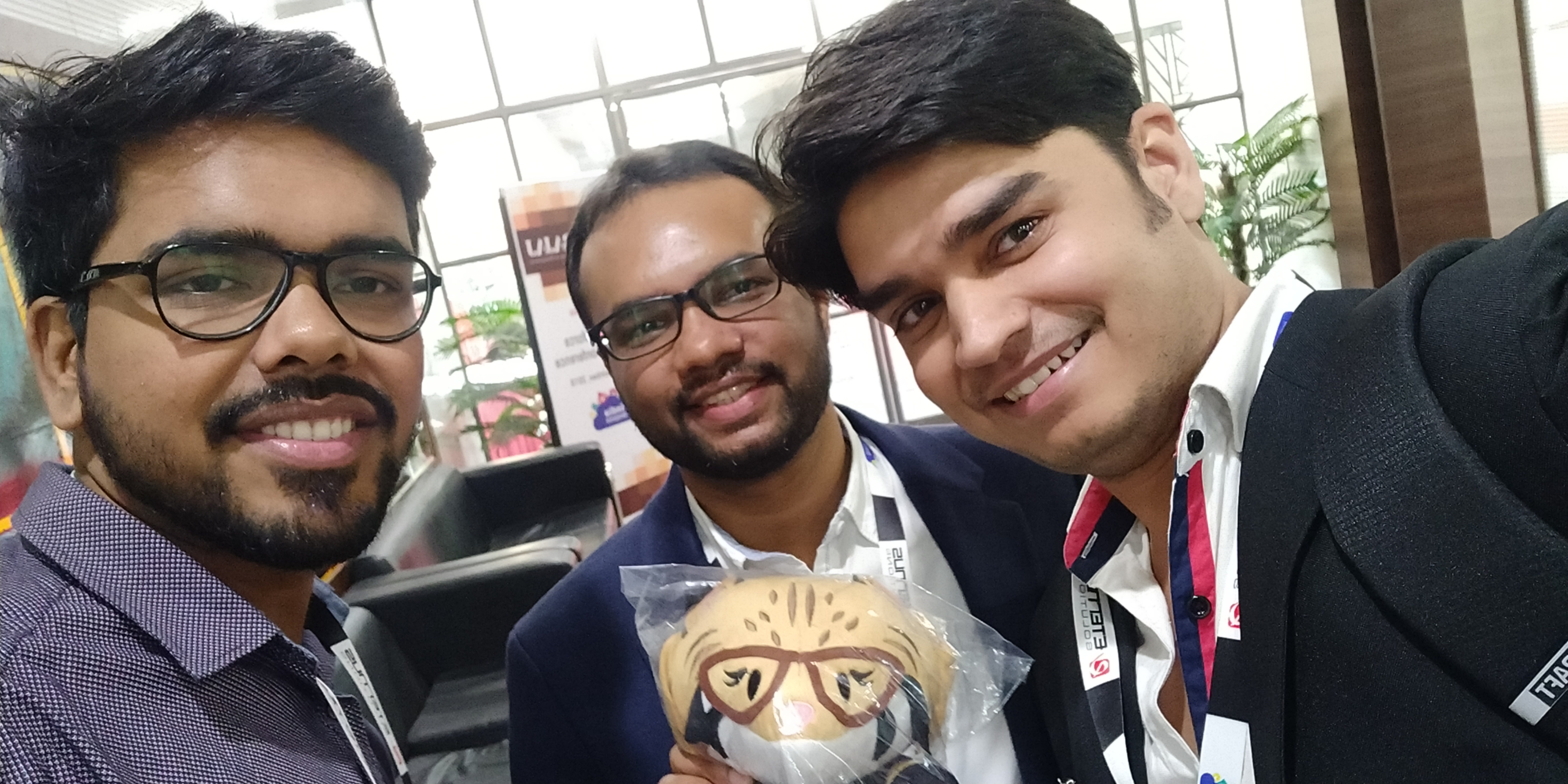 Day 2 also started with an opening ceremony and the first session that we attended was of Tony Prophet (Chief Equality Officer) which was purely for developers and it was a quite interesting session with lots of info in it. The next session we attended was of Shreya Sharma that was all about integrating IOT with Salesforce.

We also attended multiple sessions that explained everything about the basics of Salesforce Einstein. 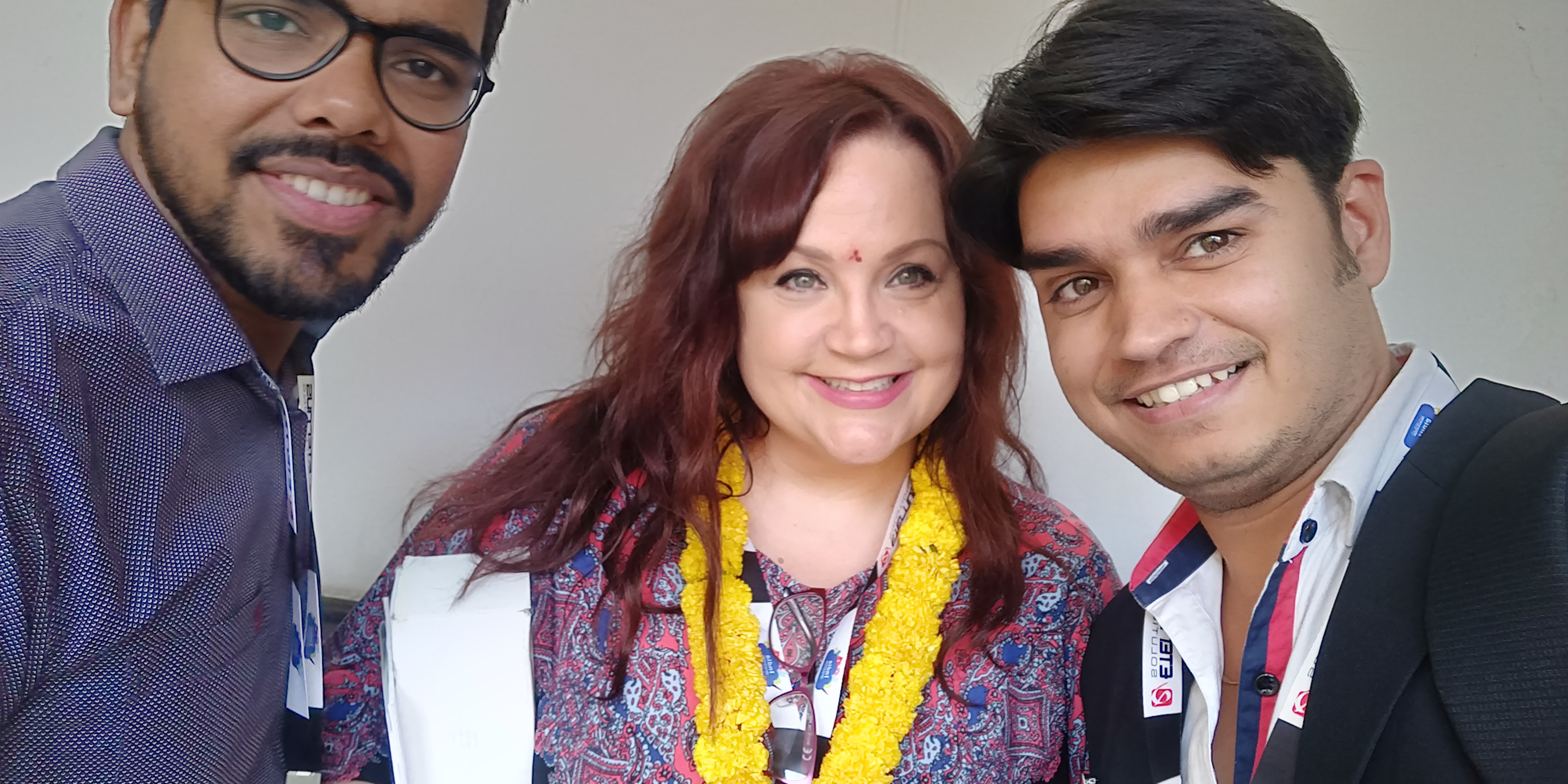 IndiaDreamin also gave us the opportunity to buy the Certification voucher which would waive off the 50% cost of the overall cost of certification and a huge number of Salesforce Professionals were keen for this voucher code and it was a huge relief for us when we got that voucher code. 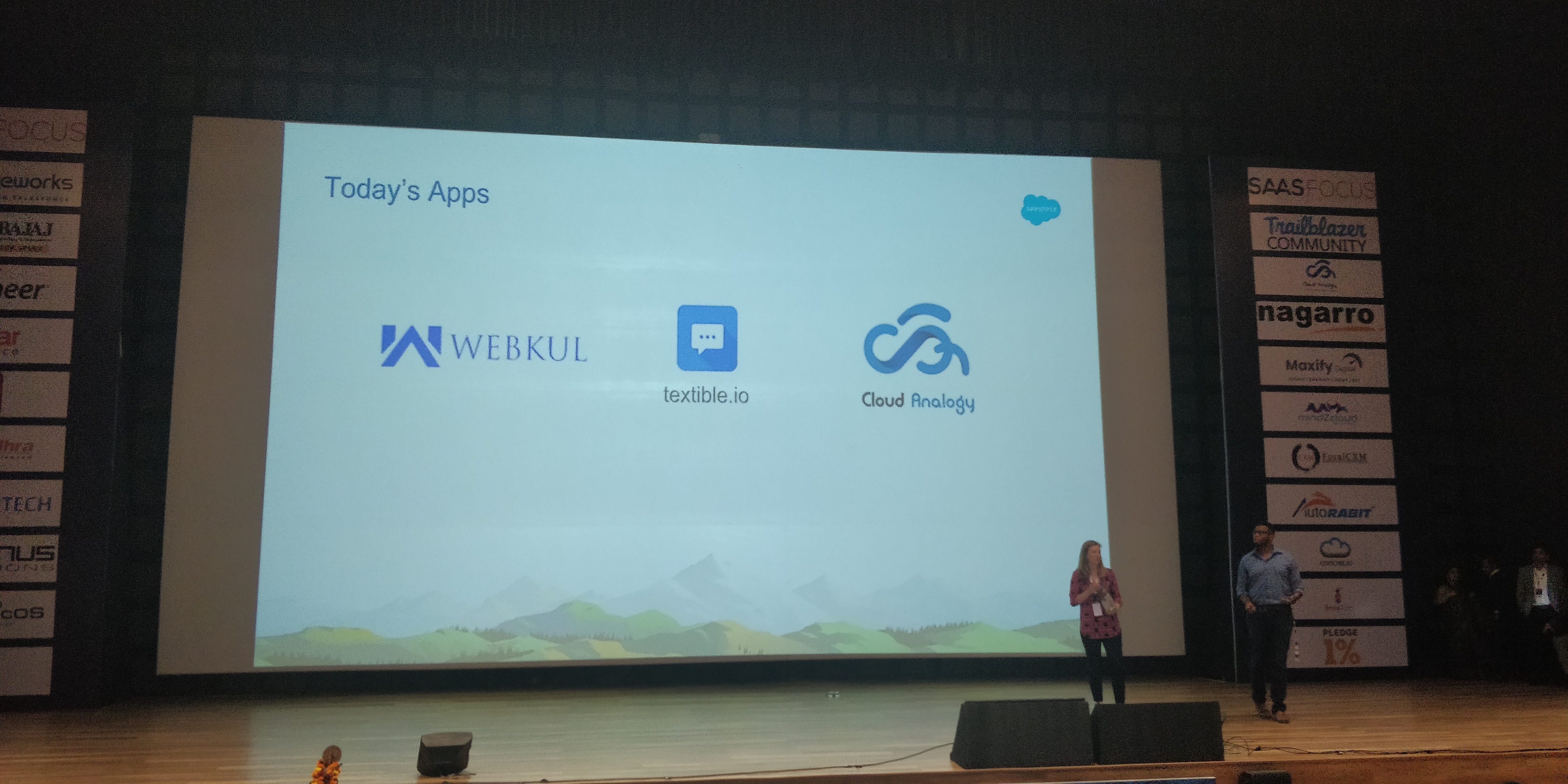 On day 2, around 6 PM it now turned for the thrilling App Demo Jam event which was hosted by another Salesforce MVP Joshua Hoskins and Josie C who were full of energy and humor and there were three Organisations who got the opportunity to present their application in front of the spectators in 3 minutes. And the best part was we also got the opportunity to showcase our App in 3-minutes and we were happy to present our most popular Salesforce App eShopSync for Shopify. The other two participants were Cloud Analogy, Textible.io and the best Demo was decided on the basis of the audience vote count. Cloud Analogy was declared as the winner on the basis of audience vote count. However, we were happy to have got a chance to showcase our Product in front of a large Audience. It meant a lot for us and it was almost a victory for us. 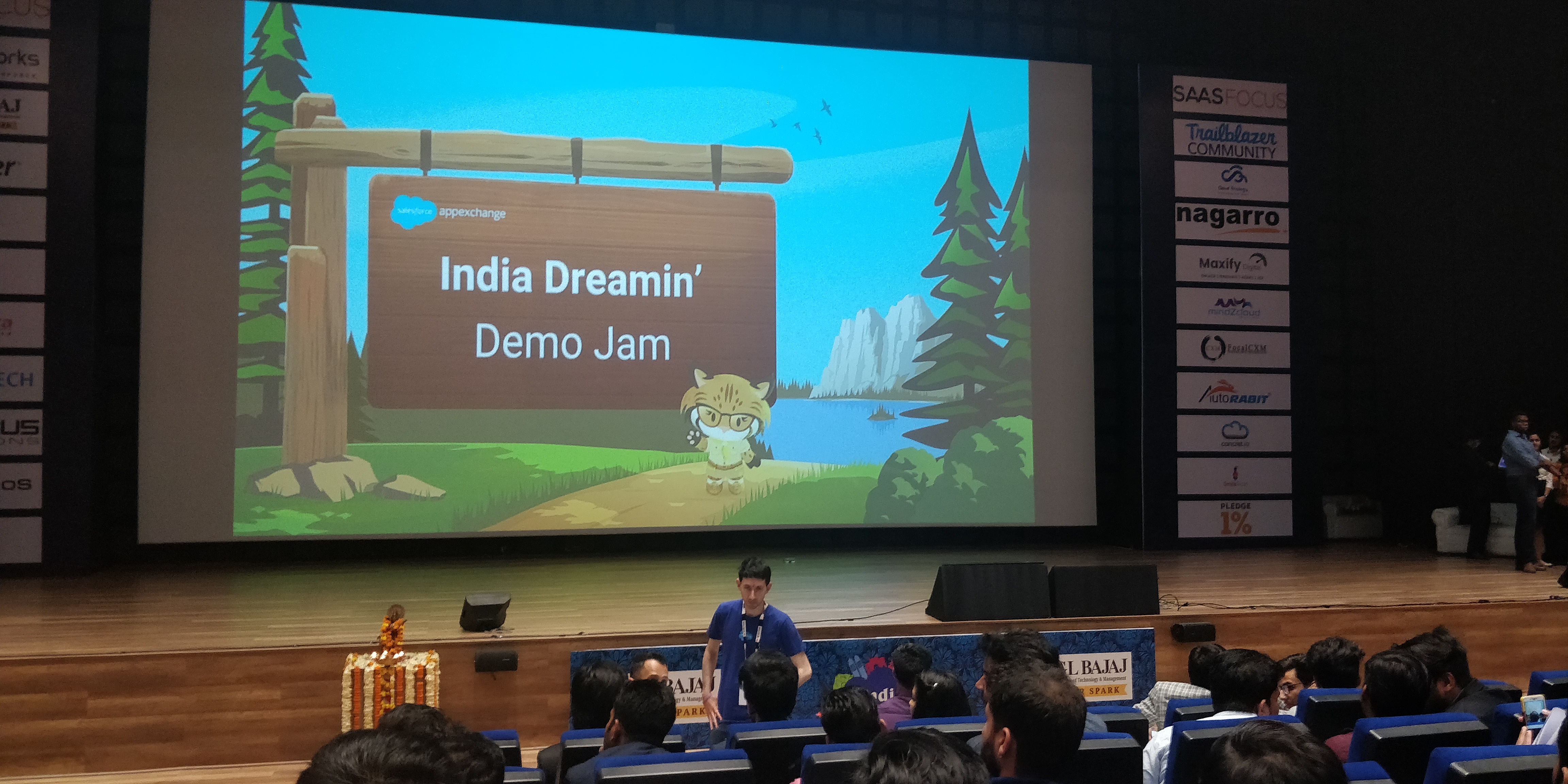 It is often said ‘The best is reserved for the last’. So was the case here. Before the Sponsors and VIPs went for dinner, a cultural event was scheduled as well. After back to back sessions, it was time for some fun. The cultural events started with Indian folk dances like Bhangra, Garba and Western hip hop, RampWalks and singing as well. There was a number of mesmerizing performances by the students of GL Bajaj Institute of Engineering and Technology. This shows their degree of affection towards Indian culture.

Last, but not the least we met Vinay Chaturvedi and Shivanath Devinarayanan who were the co-founders of the Event. India Dreamin won’t have been possible without these two as they were the real pioneers of this event. It was a pleasure to meet them and we owe this event to these two Salesforce Champs.