We are hoping that we all know about CSS then let’s start with CSS pre-processors.
What do PreProcessor mean?
In computers we can say pre-processor means a program that takes an input and produces an output that in return can be used as input for another program.

so the Question is How do pre-processors relate to css what is the use of preprocessors in css and how do it works in css ..?
There were always a need of a tool

if you are realy eager to learn Less You can visit their official site lesscss.org
What actually happen is we have to compile less file into css .The easiest way to install Less on the server is by using npm . but npm package manager has a dependency with node.js
We will see step by step

You need to install Node.js package ecosystem from https://nodejs.org/en/

After you have downloaded node.js  you have open node js terminal and type

we will now start using Gulp with less.

We need to install node.js and then we will install npm after then follow these steps :- 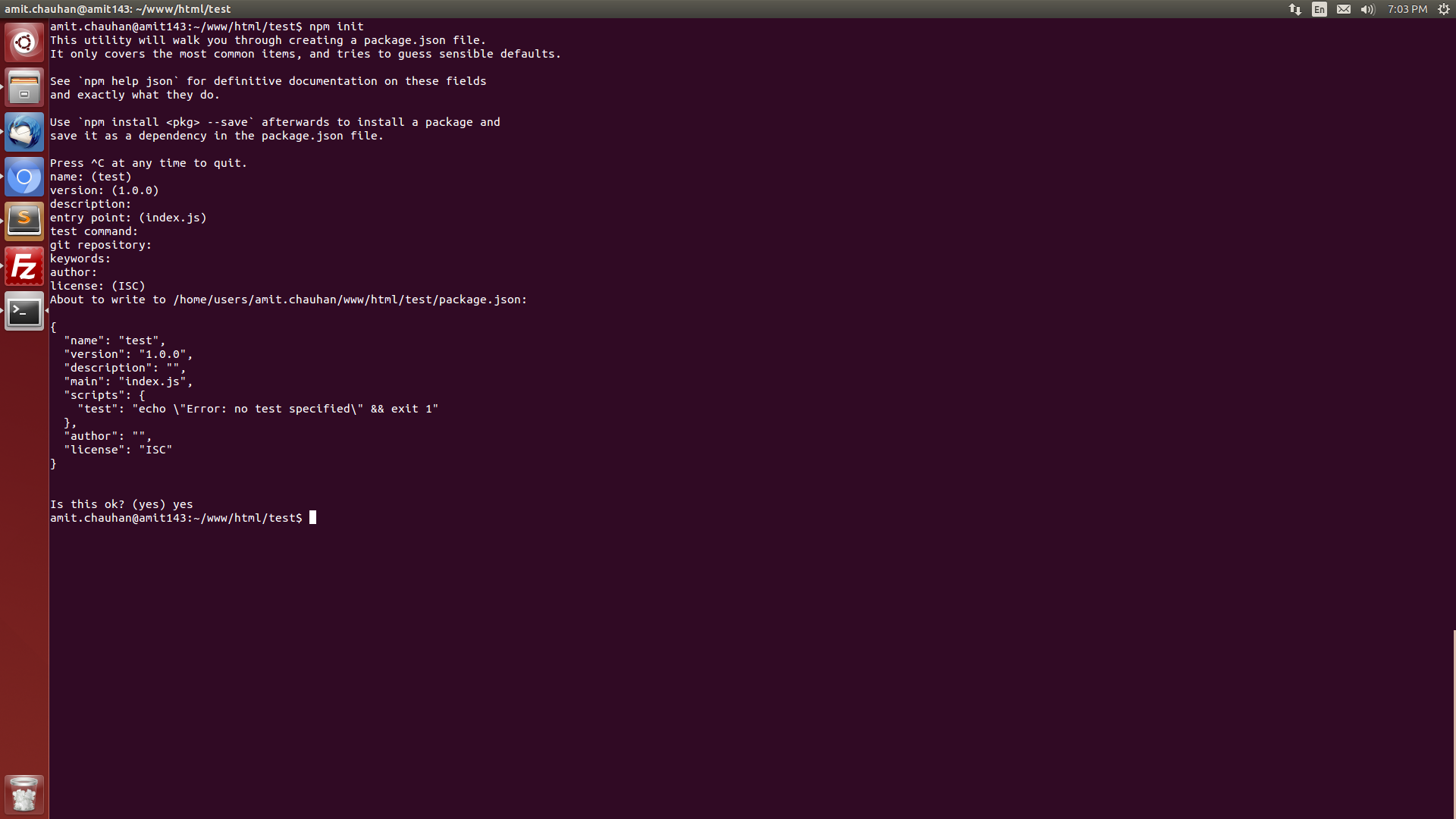 This whole process will generate package.json file in parallel to your node_modules folder 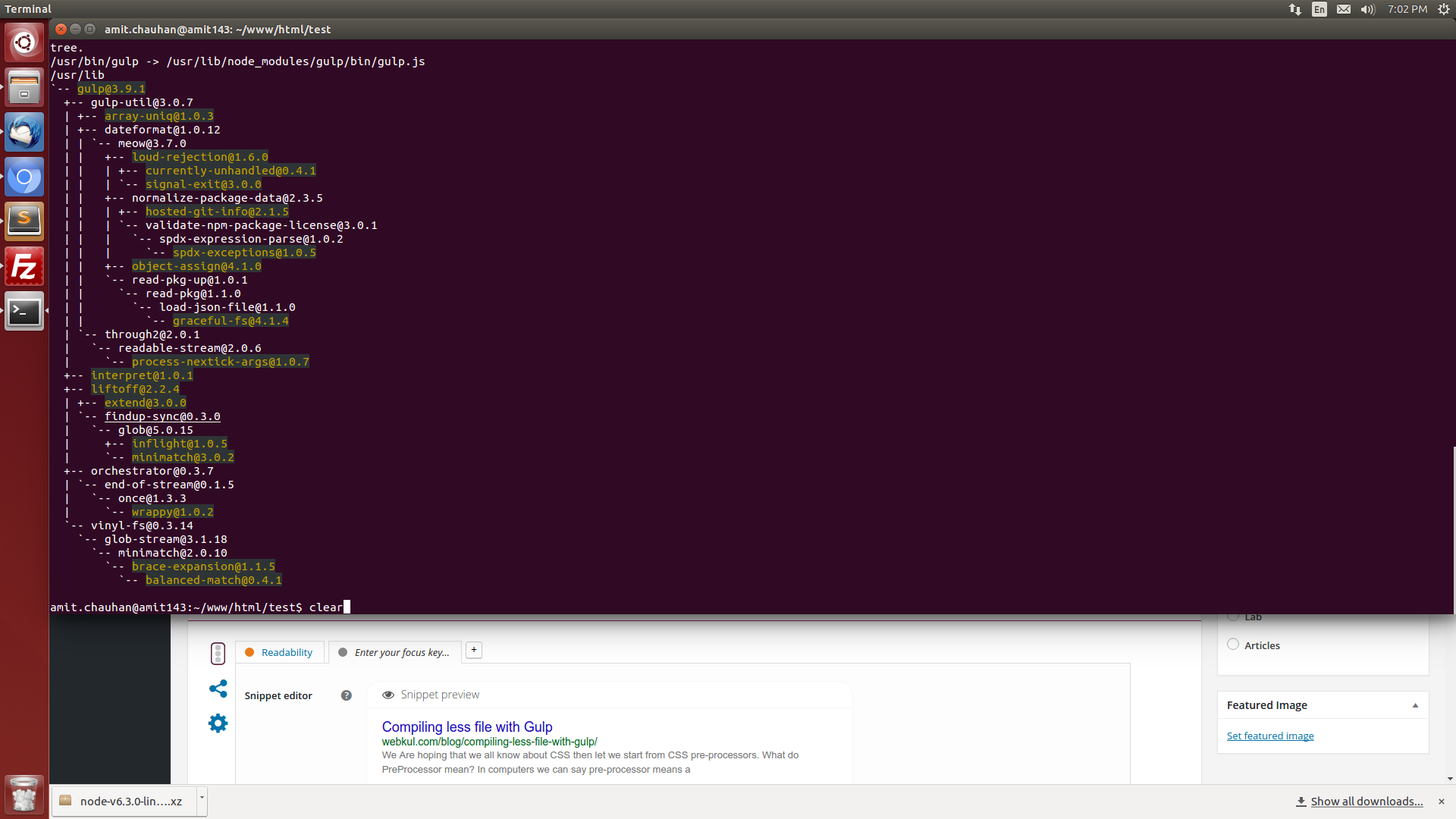 try using these commands on your terminal 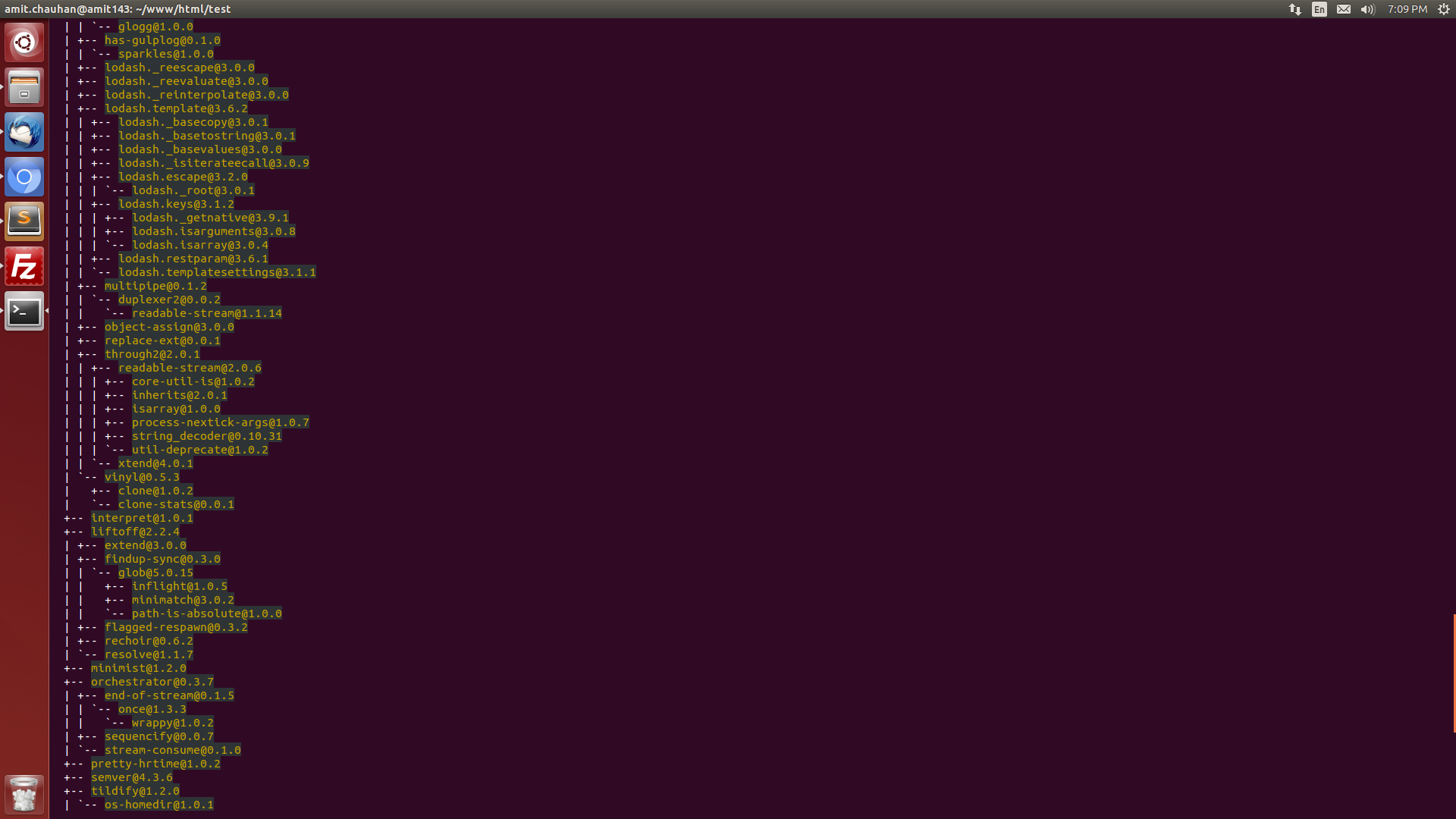 Now all you need to do is setup you package.json file and create a gulpfile.js  file in same directory

if you want change/update  your package.json file you can change the values

Create required directories for your project

SRC :- Is the directory where your less file will be placed

DISTRO :-  will be directory where your compiled css file will be generated (distro/css)

Complete directory Structure is below :- 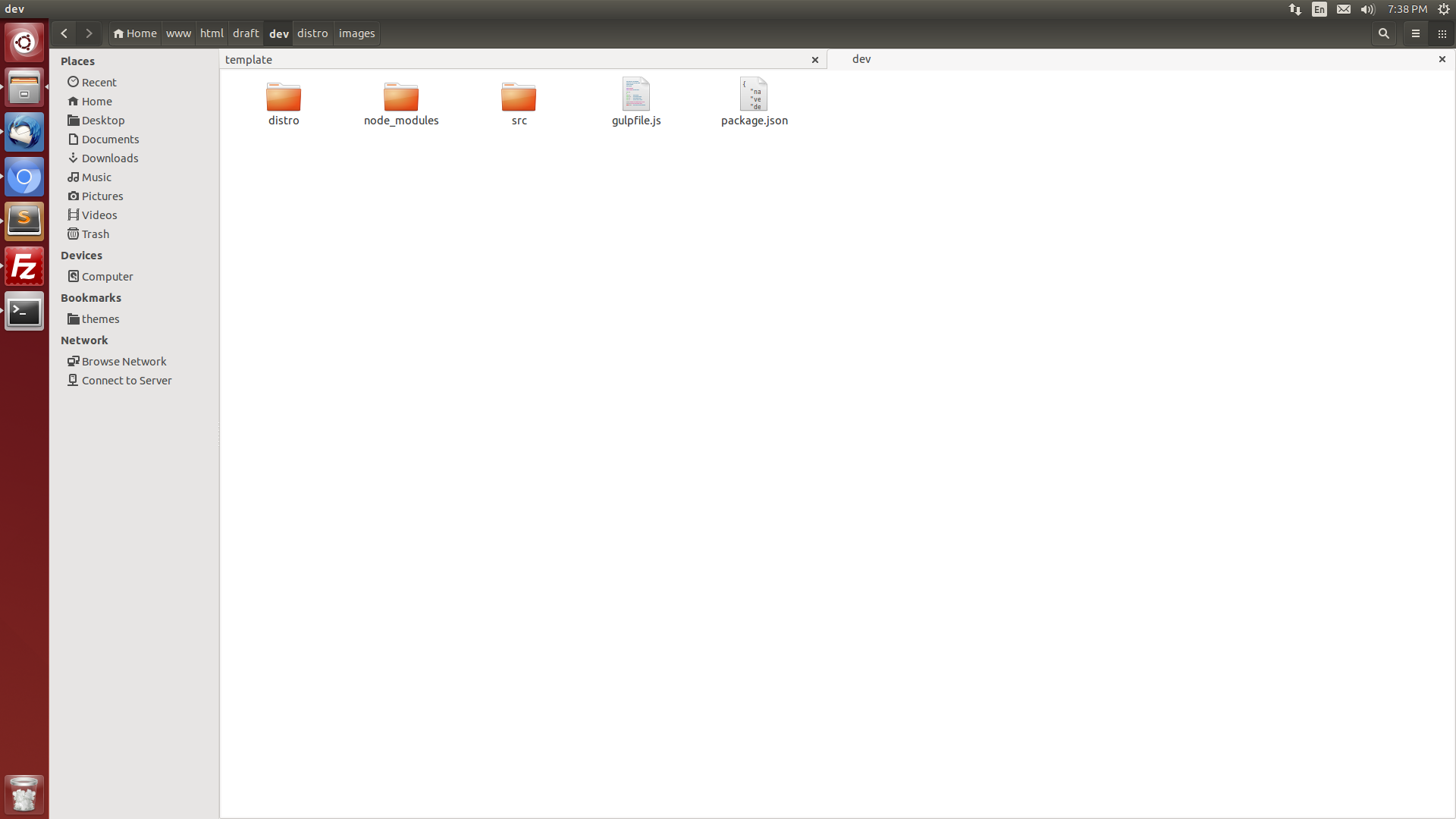 distro directory will consist of css and images directory and index.html file as shown below 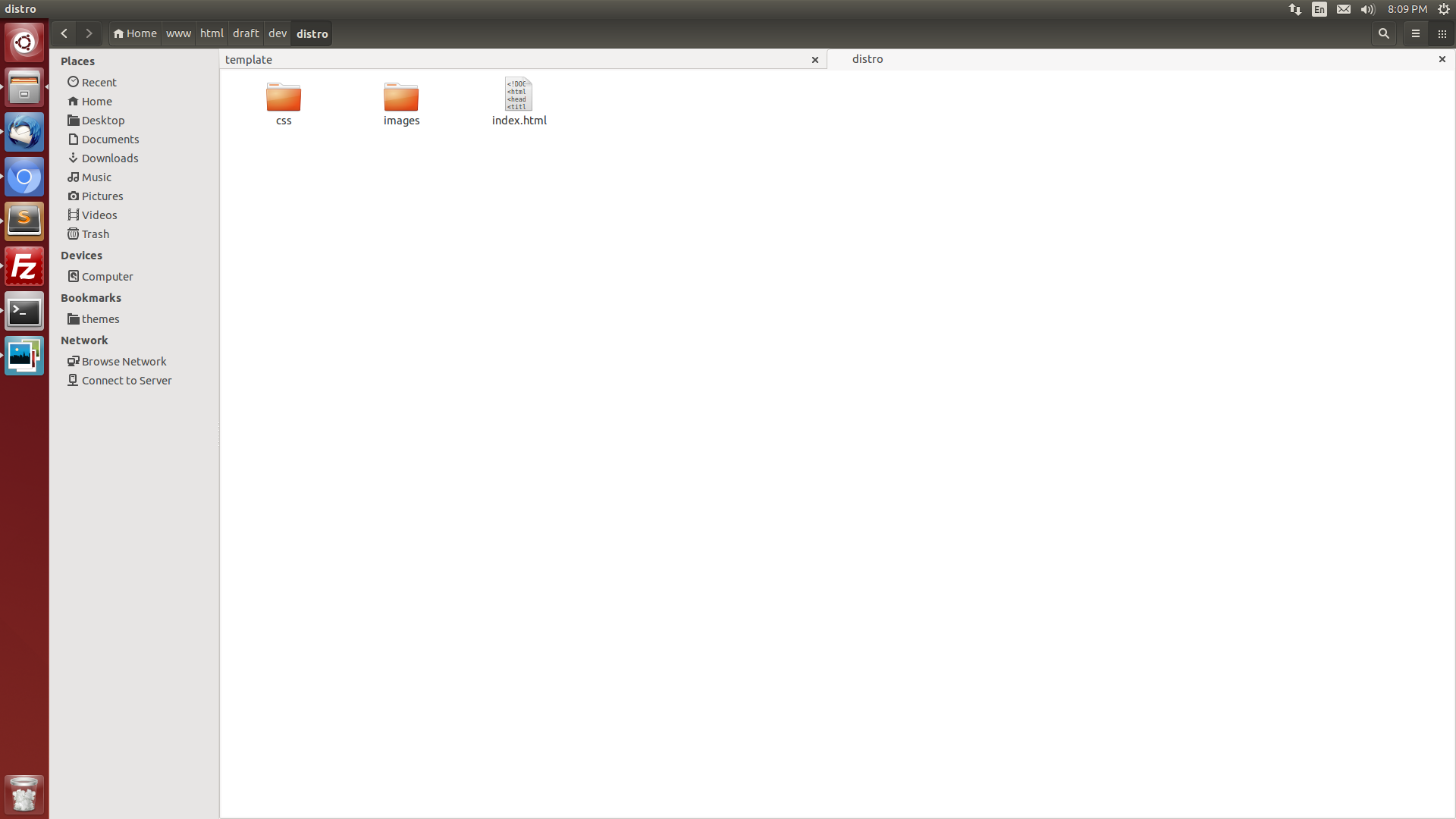 gulp.task :- basically defines the task and it takes 3 arguments Name of the task, Array of task, and callback function
gulp.src :- it links to a files that user wants to use
gulp.dest :- it links to a file where we want to generate the output
gulp.watch :- is used for watching the changes on the files or directory. It uses eventemitter name change which help the files to update for changes
As you can see the line gulp.task() we have an array of task (serve and watch-less) we can also pass a single task inside this method

Notice :- We have used browser sync package . The use of browser sync package of npm is that  we know css file is included in our project by using link tag . We have setup a task that whenever there will be a change in html and css file browser will automatically reloaded and changes will be reflected automatically on browser we don’t need to reload browser each time.

Now we have also setup gulfile.js 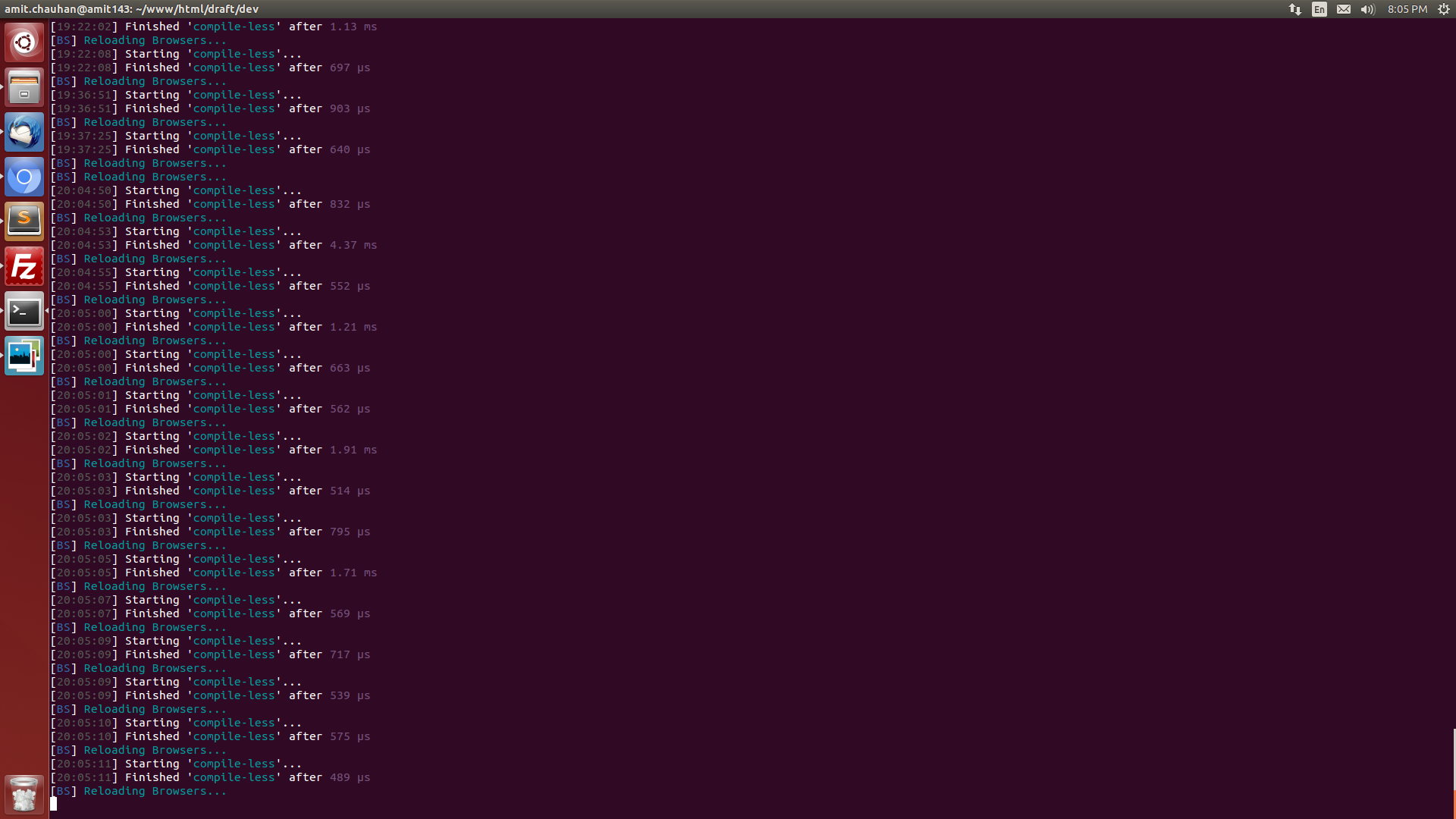 Once you have pressed

You will browser will automatically reloaded for the changes 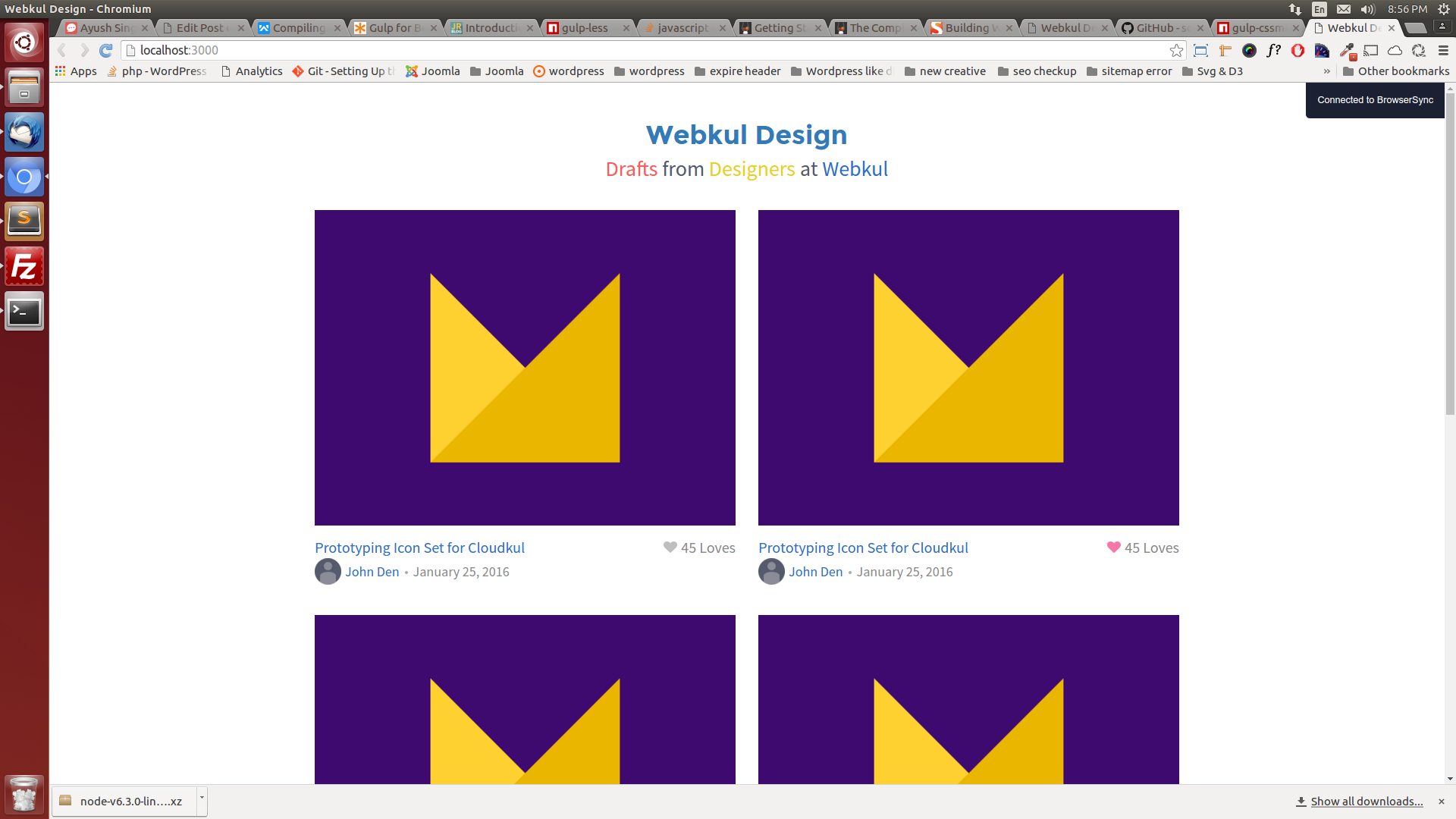 Thanks for reading hope so it will help you 🙂

Use of LESS in magento 2