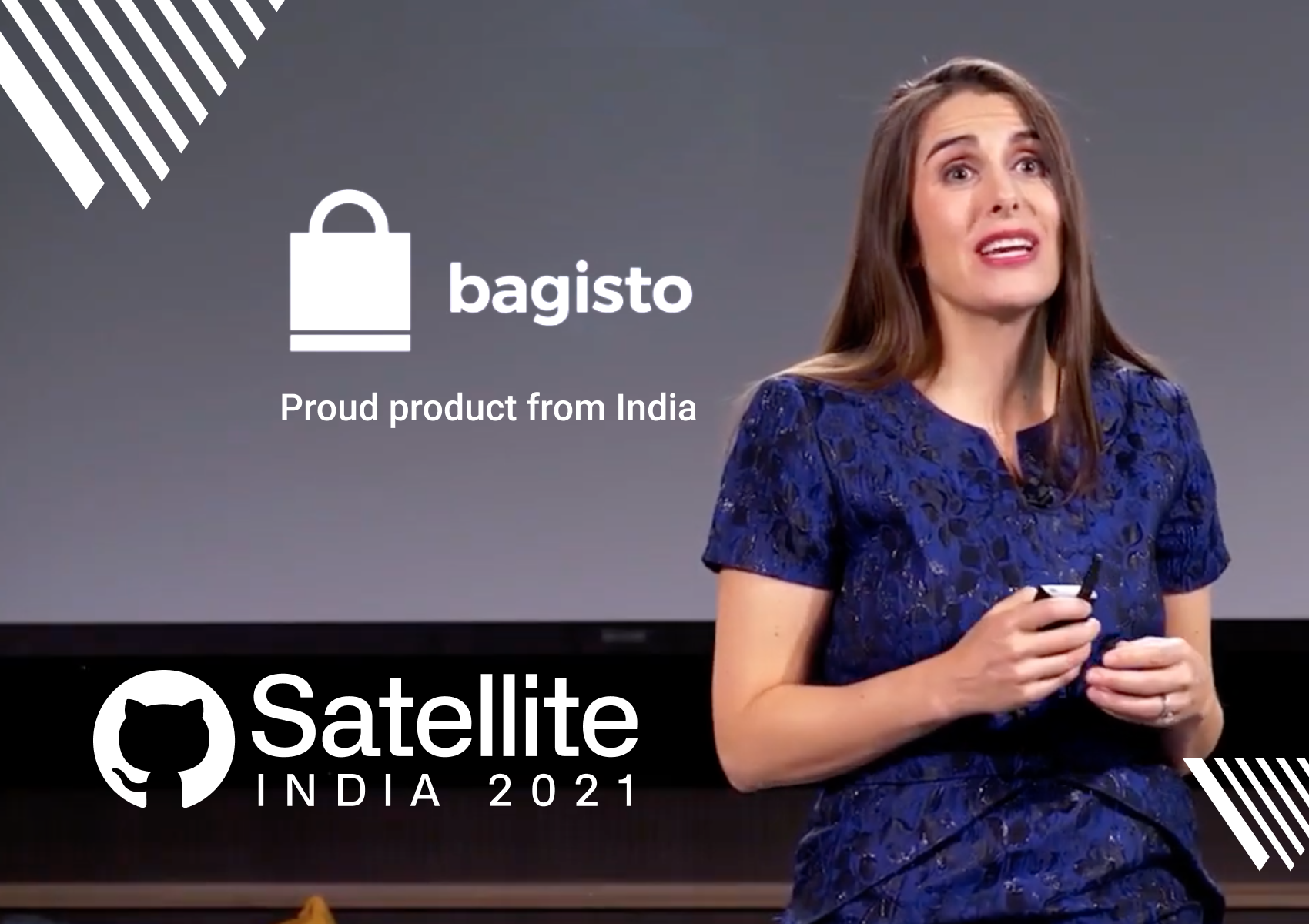 Bagisto has shown a great response in Github, here we will know about”Bagisto featured at GitHub Satellite India 2021 “.

GitHub has proudly announced an amazing new program for students, developers, and startups in India.
GitHub satellite India virtual event attracted a great number of participants and speakers from across the world.

How Github has attributed to India’s growth?

GitHub officially launched its services in India in February 2020 i.e. last year and that’s how it has become the third-largest community for developers all across the globe, also we have more than 1.8 million new developers have joined GitHub in India over the last year with this at present, we have reached to 5.8 million developers.

Erica Brescia COO, Chief Operating Officer at GitHub has also mentioned Bagisto as a leading open-source platform that is leading the eCommerce growth in India as Bagisto is also the top open-source eCommerce platform in India built on laravel framing the business across the world with a wide range of functionalities.

“ I love Bagisto Focus on building a home for their community both in India and around the world thanks Saurav for joining us. “
Erica Brescia COO, Chief Operating Officer at GitHub

You can also use some amazing features provided by Bagisto as given below:

With the above-mentioned things, Bagisto has become the top open-source e-commerce platform.

However, India has also become an innovation powerhouse. With GitHub, Bagisto will celebrate the new talent and will be a privilege to be a part of this incredible journey, Empowering the technological community and businesses in India will also make our nation a new growth-driven society.