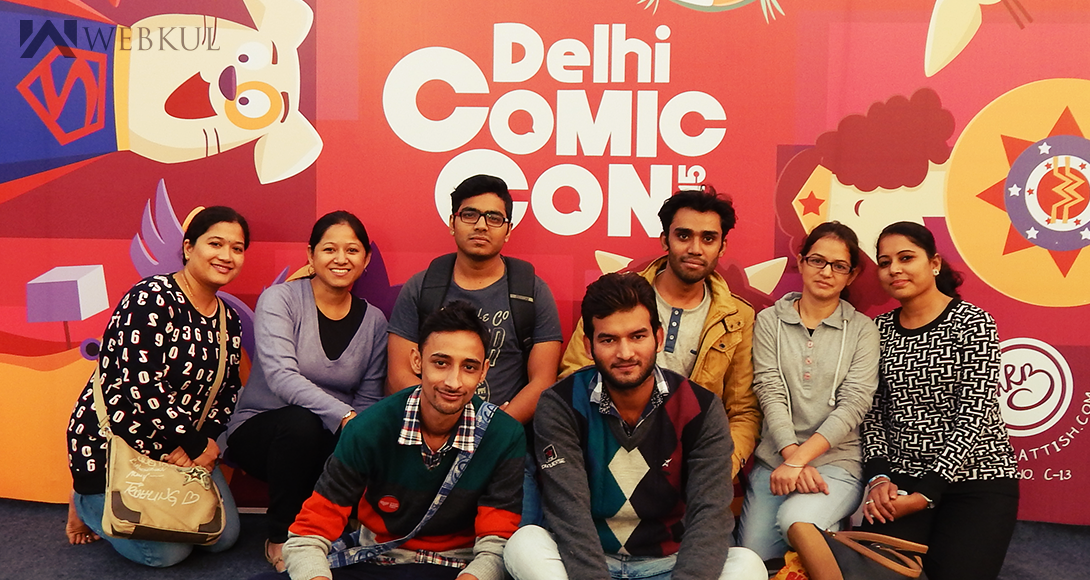 Comic Con India – Well, everyone can think How it sounds like in terms of passion for Comics, Cartoon Characters, Super Heroes and the scene behind their stories. TeamUX went to Comic Con Delhi (India) Day2 Event. TeamUX planned for the event before a month ago. TeamUX was quite excited as they were about to peep into the art community they belong to.

First of all, TeamUX went to “Drop The Hammer” game, when we hear about Hammer, the very first thought that wanders in our mind is about Asgardian King “Thor” and it was much like being Thor for a moment. In this game, TeamUX had to hit the round base with the hammer with the maximum physical power they had to pump up the score marker. It was too exciting for the team so each member came forward and hit really hard. But the most interesting part was when neither of our team members was able to score really higher, but suddenly one of the team member Shweta came forward and scored around 1000pts. It was too awesome and seriously a proud moment for TeamUX.

TeamUX had tons of the photographs with Super Heroes, Props, Funny Gestures and Art Pieces.

Who doesn’t like the characters from Marvel & DC Comics, and this time, it was TeamUX who bought some awesome comics and cool merchandise.

Then the time came when the legendary Canadian Comic Book Artist “Ty Templeton” came as the main event guest. Everyone was too excited in the main event park to see him live. TeamUX learned a lot from him as he was inspiring and the man behind the true pop culture.

Then TeamUX went out for an online gaming contest & our Champs won some cool T-Shirts, Coffee Cups, Some Funny Masks & lots of other goodies. Well, you can imagine that how excited, that was from their expressions.

Then they came towards “Wall of Sketch”, where all the participants were sketching & TeamUX joined them too.

At the End, TeamUX clicked some snaps to remember all the awesome memories that they had from awesome art heaven, place of colors and joy.

For more stills check out on.fb.me/22gb1xl