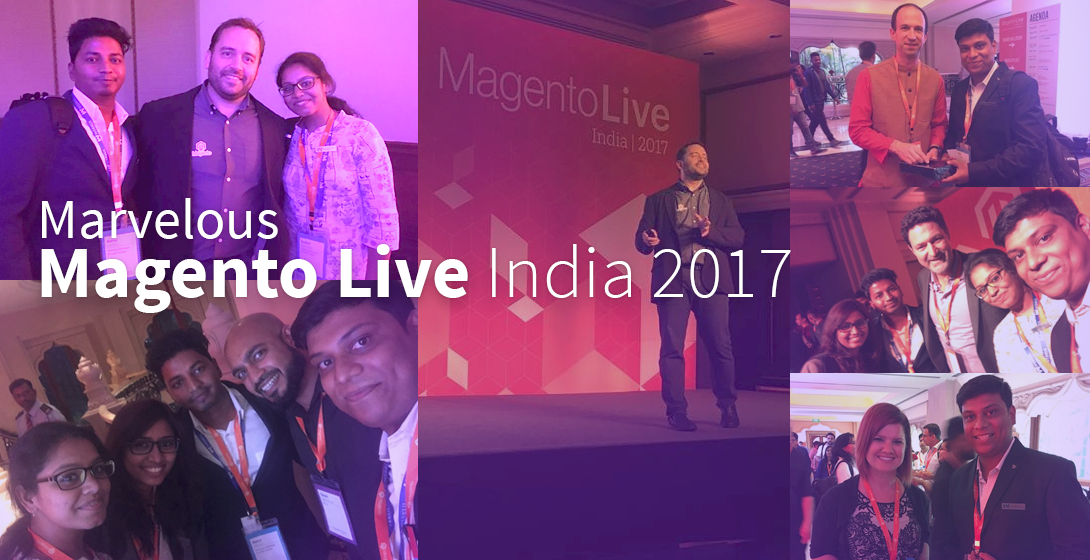 Team Webkul started off early in the morning ( pretty early ). Our flight to Bengaluru was scheduled to depart at 5:45 hours and we reached the airport quite early. After doing the check-in and security, we boarded the plane and the journey was about 2 hours and 30 mins from New Delhi to Bengaluru. After reaching the venue, we headed towards the venue, The Leela Palace Bengaluru where MagentoLive was being organized.

We reached The Leela Palace Bengaluru and headed towards the registration. After the registration, we headed towards the “General Session I“. It introduced all the speakers for the day and briefed about MagentoLive. After the “General Session I”, we had Refreshment Break and Networking Break I where we met Magento Community Speakers and, attendees.

After the break, our team split into two sub-team and one team headed towards Technical Track called “Introduction to Magento 2” by Vijay Golani and another team headed towards “Business Track” called “Successful Migration On Magento” by Ian Kinsella & Max Yekaterynenko. We learned about the development concepts behind the functions, the design of the Magento 2 platform. In “Successful Migration On Magento”, came to know about best practices, tips for Magento 1 to Magento 2.

Then we had the second Technical Track called “Extension Development Best Practices and Marketplace EQP“, where the speaker was Ben Marks and he discussed the importance of Magento modules passing through the Extension Quality Program and its importance.

After that, we had “Networking Lunch” where we met enthusiasts like us and discussed a lot about Magento Community and its features.

After that, we had a wonderful session on Magento and web security called “First Steps to Building Secure Magento Extensions” by Talesh Seeparsan.  It was great learning about strategies and tools and avoiding vulnerabilities.

At the end, we had our last session called General Session 2, where all the Magento Community speakers acknowledge the work and then we had Marketplace Reception. We left for New Delhi after gathering all the memories and knowledge from MagentoLive to build finest plugins for our clients.