Today I face an error when I was trying to import an image by using following steps,

Then a bit searching and research I found few solutions to import the image,

So this is how I found the solution to fix this issue but there is a question in everyone’s mind that why I was getting this issue?

It is because I was using docker load command to import image export by docker export command.

Would only work if the image is created as a layered docker image, not as a tar ball.

Use docker import for image exported by docker export.

Use docker load for image exported by docker save.

We would love the hear your thoughts, suggestions, and questions in the comments below !! 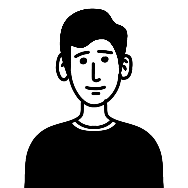 Start your journey with Docker….!!!