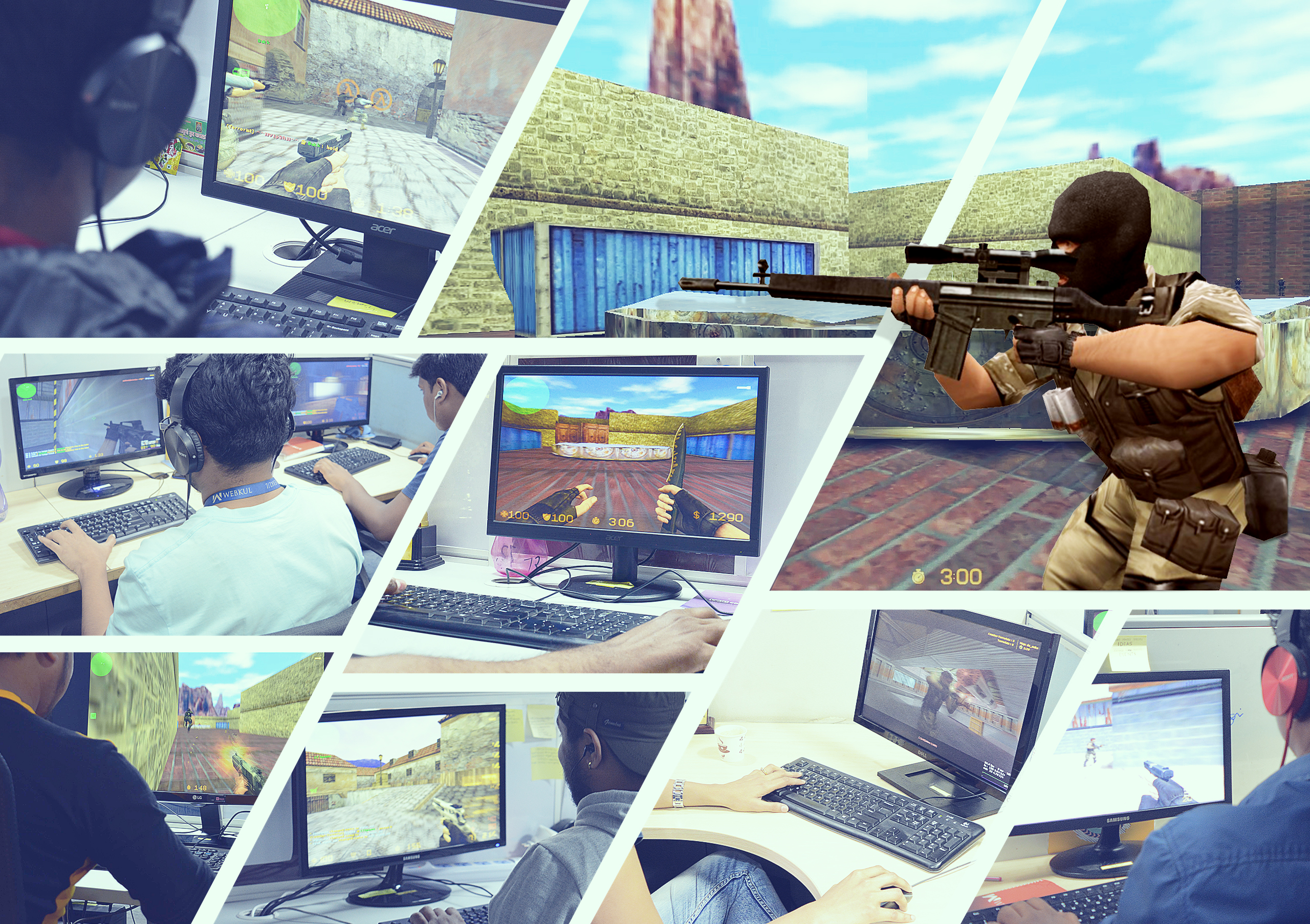 Webkul is not only about work and building innovative products, we also do various team-building activities and have fun at the office. One of the most popular activity is playing the Counter-Strike video game at our workplace.

At the end of every week, our workstations become a virtual battleground. Everyone log-in to their desktop computer, join the team and complete the mission objective.

Here checkout below some glimpses in action as we play and compete with each other to win the match.

Counter-Strike has become an important part of Webkul Culture and we’re proud of it. It helps us to collaborate with each other, work together, and (most importantly) to have fun and celebrate.

Even during the Covid-19 pandemic as we were working from home, the game didn’t stopped. Webkul continued to organize Counter Strike games and we played from our laptops and home computers. We created our own private local network and continued to play and enjoy the game as before.

It’s Not a Video Game, It Has Become a Cult

Counter-Strike (CS) series was launched in the year 1999 and it is still one of the most popular video games played online. It is a multiplayer first-person shooting game where two teams play against each other to accomplish the objective or eliminate the opposing team.

Two teams are created – Terrorists who battle to execute an act of terror (bombing, hostage-taking, assassination) while Counter-Terrorists try to prevent it (bomb defusal, hostage rescue).

As of February 2020, Counter-Strike: Global Offensive (CS:GO) had 24 million active users. It is not just a game, it has become a cult worldwide with professional competitions and online tournaments are held. (Read Statista Report)

A map is a space or arena where players combat with one another. This term applies almost exclusively when describing multiplayer games. In Counter-Strike the maps present real-world like locations available in different environments including urban, arctic, jungle and desert surroundings.

In some map scenarios, players receive money for completing the map’s objectives or by eliminating players from the opposing team. Arsenal scenario maps rewards players with new weapons for completing objectives.

But with the release of Counter-Strike 1.6, no new maps were available or removed from the game. Also, the majority of maps for the game were created by the gaming community as a part-time hobby. Currently, there are 25 official maps in the latest version of Counter-Strike.

Creating Our Own Custom Map

As part of our continuing devotion to counter-strike, Webkul also built a custom map for the game. Our creative development team designed a map named Expocenter using the Valve Hammer Editor.

It is the official mapping tool for the Goldsource and Source engines (which most newer Valve games run under). Check out the images below, the map is created by Webkul Team.

We added multiple layers, textures and objects in the Expocenter map to make the gameplay more interesting and fun. Since all the players were already aware of the locations and surrounding of the earlier maps, we wanted to view something new and explore unknown places.

Webkul is recognised and acknowledged in various opensource communities. We have built many diverse projects (Bagisto, QloApps, UVdesk) and business solutions for more than 20 opensource frameworks. We care to contribute and support the opensource industry.

By building a custom map for Counter-Strike, Webkul has now made a contribution to the gaming community as well. This shows that Webkul has the capability and the right skill-sets to do anything.