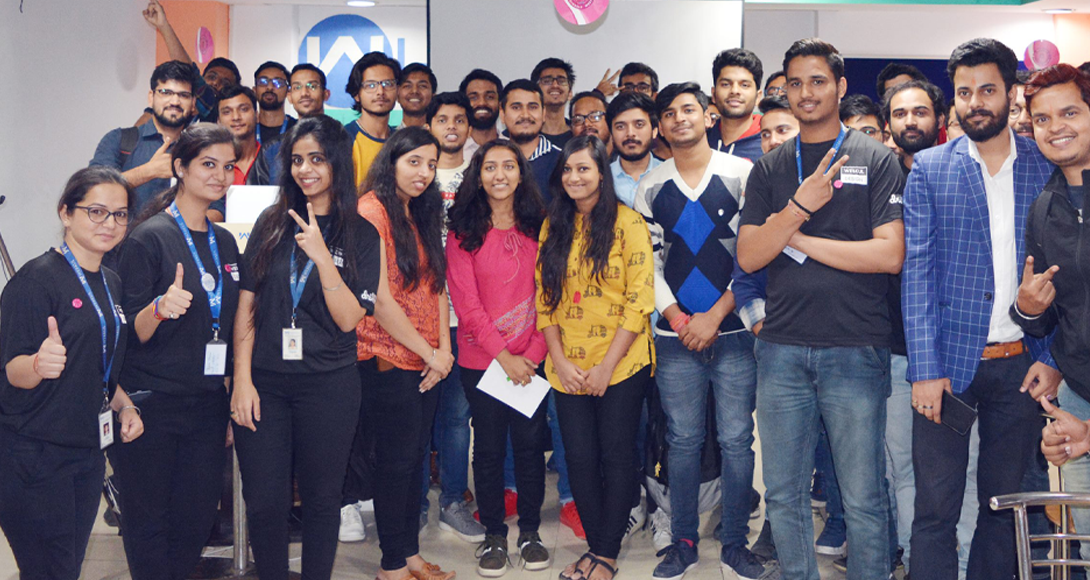 Last Saturday Webkul has again organized a beautiful event for Designers and it was none other than Dribbble MeetUp 2018. As it was a huge hit last year so we decided to organize this event again.

The Purpose to organize this event was to Reduce the Communication Gap between the Designers from our Local Community.

The preparation for this major event has already started a couple of months before.

We have planned conference talks in which we have also invited some guest speakers, there were design talks & fun events also.

We have started the event by arranging Playgrounds as we have announced before in the MeetUp Community so we can select winning teams.So, here are our all Playgrounds :

In this, every attendee has taken a hand on sketching and its a kind of freestyle sketching, and some of them were just masterpiece.

There was another surprise 😀 now hosts will not rate the attendees, instead, they had to rate others sketches by sticking a golden sticker on their sheets.

And we have our winners also by the votes of other attendees and the winner was- “Ankita Singh”, “Jagjit Singh”, “Deepak Vishwakarma” & “Mrinal Sharma” who won the Dribbble Goodies🎁 as a Reward.

Followed By “Design Quest” Playground By Ayushi Sharma & Kunj Bihari :
In this playground, the attendees have to answer the questions that we have designed for them. It was a quiz event in which attendees got some questions with some answers and they had to choose one answer.

Anybody who knew the answer had to raise the hand and the first one who raised will get a chance to answer. Now the amazing part was every right answer will get a prize🎁 for that.

And most of the attendees got the prize not once but twice or thrice.😃

“Show Your Swag” By Vardan & Varun Soni :
Well, who don’t want to showcase their work & get applause from the crowd, this playground was based on the same concept, like this:

This time Vardan & Varun have the plan to encourage people around our community that’s why he has planned this playground because appreciation for our work from the crowd is also really motivational.

And of course these creative fellow have done it really well👍 & we were really amazed from their work.

“Design War” By Varun Soni, Shaily Goel, Vardan Goyal & Seema Rawat :
Communication is really important and that was the whole purpose of our Dribbble MeetUp that’s why our hosts have hosted Design War, to reduce the communication gap between us.

Basically, it was a debate round in which we divided them into two teams & gave them some topics on which they have to put their point forward.

In this we have talked about New Technologies, Design Trends, Reading, Writing and a lot of things.

We so indulged in this that we have not realized that when the time has paced through, every attendee had his appreciable and different Point of View.

In these conferences, we all came to know many new things related to technologies, trends and many more. All the attendees were so inspired by these talks.😃

A big THANK YOU🤗 to all the attendees and to our Guest Speakers!

And at the End, we had to sum up this event with some really beautiful Memories.😊

And for sure we’ll come up again with next something really big & joyful like Dribbble MeetUp.